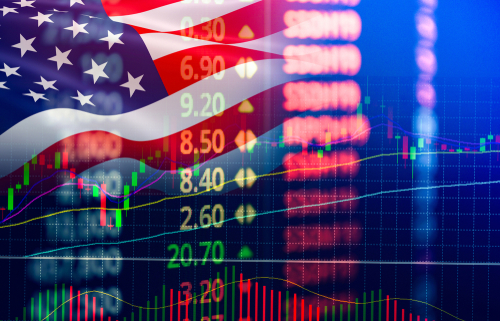 December 2018 proved to be an unusual and rogue month for USA equity markets, traditionally the markets rally in late December, whilst delivering the infamous Santa rally. But 2018 was different; the key U.S. markets sold off, with the NASDAQ and SPX entering correction territory, defined as a market slumping 20% from its recent high.

That slump is now over, the SPX has recovered the losses posted in December and is finally trading above the 200 DMA, sited at 2,738, a level that many institutional investors use to gauge medium to long term bullish sentiment. The index closed out at 2,744, up 1.28% on Tuesday. The DJIA closed up 1.48% and the NASDAQ closed up 1.46%. The tech index has returned a quite stunning 11.75% rise year to date in 2019, as it begins to close in on the 200 DMA.

The risk on optimism, which began in Asia on Tuesday morning, was maintained during the European session, through to the New York session. President Trump announcing that he could in fact let the March 1st-2nd increased tariff threat slide, without meeting the Chinese premier Xi, boosted equity markets globally. Equity markets were also cheered by congress approving cash for border security. And despite the funding at $1.4b falling far short of the $5.7b Trump wants to build his Mexico-USA wall, it’s now unlikely that the USA government via Trump, will shutdown its funding for govt. employees again, anytime soon.

The equity market gains resulted in the USD losing ground versus its main peers. The dollar had gained over the past eight consecutive sessions up to the end of Monday, representing the longest winning streak since February 2017. The dollar index, the DXY, measuring the currency versus a basket of six rivals, was 0.38% lower on Tuesday at 96.70. EUR/USD ended the day up 0.47%, GBP/USD was up 0.34% and USD/JPY traded flat, remaining fixed, near the 110.00 handle.

The main Eurozone markets also experienced the risk on mood, set earlier in the day by Sydney and Asia; Germany’s DAX closed out up 1.01% with France’s CAC up 0.84.%. The U.K. FTSE 100 failed to rally, closing the day out close to flat. The falling pound impacted on the value of the USA firms, listed in the U.K.’s leading index.

In a day devoid of much economic calendar news, other than two speeches by the heads of the Bank of England and the USA Fed, the subject of Brexit took centre stage. An overall toxic air of confusion and bitter resentment, now exists throughout the U.K. parliament. Market analysts and political news commentators, are still none the wiser regarding what happens next, in this painful saga.

After being rebuked by the E.U. who refuse to reopen the withdrawal agreement, the U.K. prime minister is now asking her House of Commons MPs (in a request for solidarity) to “hold their nerve”. Meanwhile, the U.K. is threatening to throw itself off a cliff into economic catastrophe, with less than thirty days remaining for parliament to sit, until the March 29th exit day is reached. The opposition decried her threats as blackmail, whilst the remaining E.U. 27 must listen to her “hold you nerve” threats, with a mixture of incredulity and confusion.

During Wednesday’s trading sessions both the U.K. and USA will publish the latest CPI figures pertaining to their respective countries’ economies. According to Reuters, the U.K. is forecast to chip in with inflation for January of -0.7%, with the annual rate falling to 2%. If this negative monthly reading is met, many analysts and FX traders might be taken by surprise, if there’s a quick reaction by sterling pairs. A reading of -0.7% would be a significant fall, which would discourage the BoE from raising the base rate from 0.75%, anytime soon.

In the USA the CPI is forecast to fall to 1.5% from 1.9%. Similar to the U.K., such a fall would represent a significant change and could impact immediately on the value of the USD, versus its main peers. FX traders would benefit from diarising both announcements from the respective statistics’ agencies. The U.K. CPI announcement is due for 10:30am U.K. time, with the USA data scheduled for release at 13:30pm U.K. time. The inflation data for America also includes wage inflation, coming in at 1.2% year on year in December, there is little expectation of a significant change.

In late evening on Wednesday at 23:50pm U.K. time, the latest GDP growth figures for the final quarter of 2018 in Japan, will be published. A significant improvement on the Q3 figure for both the quarter and the annualised figure, is expected. Reuters forecast a rise to 1.4% annualised from -2.5% previously, with the actual quarter coming in at 0.4% for Q4, ahead of the -0.3% recorded for Q3. Such an improvement might cause yen to come under close scrutiny, and in a time of low volume and reduced liquidity, yen pairs such as EUR/JPY and USD/JPY, could experience sudden movements.

« Who are you trading for, why are you FX trading? Why you must define your trading purpose. Global equity markets continue the bullish momentum as trade optimism continues to build »