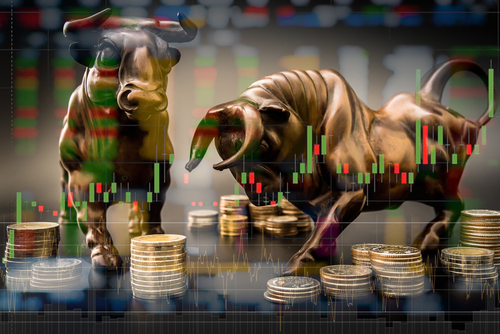 Overnight and in the early morning Sydney and Asian trading sessions, many of the globe’s prominent equity markets continued the “risk on” rise, which has developed over recent sessions. President Trump intimated during a questions and answers session, as he held a cabinet meeting in the Whitehouse, that the date for a Chinese trade and tariff deal by March 1st, could be moved or removed, if Washington and Beijing are making progress; “if we’re close to a deal where we think we can make a real deal and it’s going to get done, I could see myself letting that slide for a little while.“But generally speaking, I’m not inclined to do that.”

This simple, noncommittal statement, was enough to cause significant gains in Asian markets, during Wednesday’s early sessions; China’s CSI index closed up 2%, Hong Kong’s Hang Seng closed up 1.16% and Japan’s NIKKEI closed up 1.34%. China’s CSI is up 12.83% year to date in 2019, a significant recovery after the 2018 collapse of over 25%. But the recent 2019 highs in Chinese markets should be observed with context; the current, yearly closing high at 3,397 for the CSI, is still some distance from the recent high of 4,139, posted in early 2018, and the all time high of circa 5,200, printed in 2015. USD/JPY traded up 0.22% at 9:30am U.K. time, with USD/CNY trading close to flat at 6.770. Futures markets were indicating a positive start for USA equity indices when New York opens; at 9:30am the DJIA and SPX futures were up circa 0.24%.

A series of inflation data, relating the the U.K. economy, was published (at 9:30am) during the early part of the London-European trading. Both the monthly and year on year CPI figures missed the forecasts, falling significantly. The month on month figure for January came in at -0.8%, falling from the previous month’s reading of 0.2%. Year on year inflation fell to 1.8%. Whilst cheaper prices can often be heralded as good news for consumers, particularly if wage inflation is ahead of general inflation, it can also be indicative of retailers and services suppliers slashing prices to find buyers. Which could be a downward spiral, illustrating an economy which is flirting with stagnation and possible recession. It must be noted that on Monday the U.K. chipped in with 0.2% GDP growth for Q4 2018 and -0.3% for the month of December.

Naturally, the subject of Brexit will be roped into the discussion on falling inflation in the U.K. financial press. Many business leaders and leading strategists and economists in the British Chamber of Commerce, are now asking the govt. for more detail regarding a potential hard, no deal Brexit. After failing to be comforted by prime minister May’s “hold your nerve” words in the House of Commons during Tuesday’s Brexit debate.

As a consequence of the headline CPI data release, GBP/USD fell, at 9:45am the currency pair referred to as cable, traded at 1.287, down 0.3%, after trading higher in the earlier part of the trading session. The major currency pair is some distance below the 200 DMA, sited at circa 1.300, after reaching R1 earlier in the day. The U.K. FTSE traded up 0.42%, whilst the key Eurozone equity markets the DAX and CAC, traded close to flat. EUR/USD also traded close to flat at 1.131 and struggled to make gains versus any of its peers, during the early trading sessions.

In the Sydney-Asian trading session, the central bank of New Zealand, the RBNZ, announced that the OCR, the official cash rate, was remaining unchanged at its record low of 1.75%. However, the New Zealand dollar spiked up versus its peers, in particular against the U.S. dollar, after the governor of the RBNZ delivered a less hawkish monetary policy statement than anticipated. NZD/USD rose by up to 1.7%, crashing upwards through the third level of resistance, R3. At 9:45am the commodity currency pair traded up 1.5% at 0.692. The kiwi experienced similar movements versus the majority of its peers, during and shortly after the RBNZ statement and press conference.

Analysts and FX traders will now turn their attention to the inflation data to be published in the USA at 13:30pm U.K. time. USA CPI inflation is forecast by Reuters to fall to 1.5% annually, from 1.9%. Wage inflation is forecast to remain close to the last 1.2% reading. The inflation data might impact on the value of USD, if markets have failed to price in the forecast, or if the forecast is missed or beaten. The rule of thumb is that such a low figure, with the CPI rate falling to 1.5%, would provide less reason for the FOMC/Fed to justify a rate rise, therefore USD may slide in value, versus its currency peers.

As evidenced by the surprise dovish statement for the RBNZ, high impact news releases and events that occur, or are published during times when FX liquidity and activity might be less, can have a dramatic impact on the value of the domestic currency in focus. The Japanese statistics authorities will publish the latest GDP data for the globe’s fourth largest economy at 23:50pm U.K. time on Wednesday. The Reuters forecast is for Japan’s GDP to bounce back, from negative readings recorded for Q3 2018. At 0.4% for Q3, taking the yearly rise to 1.4%, if the forecasts are met, trading in yen could become intense and volatility in yen pairs could increase.