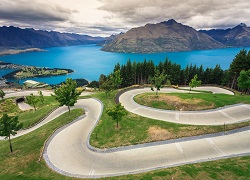 RBNZ raises New Zealand’s base rate to 2.75%, whilst many European bond prices fall to record lows Many analysts predicted that the RBNZ would raise the base rate by 0.25% when they met this Wednesday evening, the impact on the kiwi was immediate and now swing (and or position) traders will await to see if the rate rise will propel the kiwi to greater heights, or if the rise has already been ‘priced in’.

In a relatively quiet day for other news there was some extremely promising data regarding the cost of govt. borrowing for many of countries that are users of the euro, in particular Ireland. Ireland’s 10-year yield fell one basis point, or 0.01 percentage point, to 3.05 percent late afternoon in London after dropping to a record 3.01 percent. The previous low of 3.02 percent was set in September 2005, before it climbed to a euro-era high of 14.22 percent in July 2011.

The average yield to maturity on bonds from Greece, Ireland, Italy, Portugal and Spain fell to 2.438 percent on March 10th, the lowest in the history of the euro area, according to Bank of America Merrill Lynch indexes.

The bond news was welcomed even more due to the poor industrial production data from Europe that was published in the morning session; the negative print caused quite a sell off across major bourses throughout Europe. In January 2014 compared with December 2013, seasonally adjusted industrial production fell by 0.2% in the euro area (EA18) and rose by 0.1% in the EU28, according to estimates from Eurostat.

Statement issued by Reserve Bank Governor Graeme Wheeler. “The Reserve Bank today increased the OCR by 25 basis points to 2.75 percent. New Zealand’s economic expansion has considerable momentum, and growth is becoming more broad-based. GDP is estimated to have grown by 3.3 percent in the year to March. Growth is gradually increasing in New Zealand’s trading partners. However, improvements in major economies have required exceptional support from monetary policy. Global financial conditions continue to be very accommodating, with bond yields in most advanced countries low and equity markets performing strongly”.

Industrial production down by 0.2% in euro area

The yen advanced for a third day against the dollar as signs that growth is slowing in China’s economy, the second-biggest in the world, boosted demand for haven assets.

The Reserve Bank of New Zealand increased its key interest rate to 2.75 percent, from 2.50 percent, becoming the first developed nation to exit record-low borrowing costs. The move was forecast by all 15 economists in a Bloomberg survey. The nation’s currency, nicknamed the kiwi, rose 0.4 percent to 85.04 U.S. cents.

The average yield to maturity on bonds from Greece, Ireland, Italy, Portugal and Spain fell to 2.438 percent on March 10th, the lowest in the history of the euro area, according to Bank of America Merrill Lynch indexes. That’s down from more than 9.5 percent in 2011, when the region was rocked by concern nations would struggle to service their debt, risking a breakup of the currency bloc.

Thursday sees Australia’s inflation prediction, expected in at 2.3%. The BoE publishes its quarterly publication, whilst the UK’s RICS publishes its house price expectations for the month.

From New Zealand we get the business manufacturing index, expected in at 56.2 – similar to previous readings, whilst Japan publishes its monetary policy meeting minutes.

« Japan’s misery continues, despite and due to Abenomics, as consumer sentiment in Japan continues to fall Are successful traders born or made? »