Are successful traders born or made?

Mar 13 • Between the lines • 2758 Views • Comments Off on Are successful traders born or made? 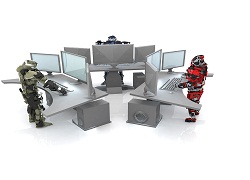 In a recent article we discussed how many of us within our trading community appear to be genetically programmed to struggle with trading. We then went further and questioned whether or not we’re all biologically programmed to suffer some form of cognitive dissonance were trading is concerned, especially given what we need to do in order to be successful swims against the tide of what comes naturally to us. For example, whilst we’re not actively encouraged to take losses we know that, as part of any high probability based trading strategy; losses are inevitable and can be as much as 50% of any effective trading plan.

There can’t be many professions were you deliberately wake up in the morning prepared to take a loss and this core, critical part of our plan and ‘trader being’ fights against our “flight or fight” nature as we quickly learn that neither emotion is of any benefit in trading and can be very self-detrimental. Fighting with the market could be represented by what we term “revenge trading”. Flight could be represented by the fear of a loss and closing a winning, or losing trade too early.

Bearing this flight or fight mechanism in mind can we categorically state that successful traders are made and not born, or are there inherent characteristics in our own personal DNA that could mark us out as successful traders from day one? Or, all things considered, can we work on our weaknesses (both as human beings and traders) in order to improve our overall performance?

One aspect of trading most traders, at all levels of experience and success will agree on, is that we simply weren’t prepared for the self-examination, in terms of psychology and psycho analysis that our industry subjects us to. Many of us will testify as to the mental and psychological pounding this industry can cause being the most unexpected aspect of trading. There’s also another aspect of trading that many new traders find perplexing; the lack of transferability of their skill set…

Some of us will have met and known very successful business people who simply cannot transfer their business savvy and various skills to trading and it becomes an incredibly frustrating issue for them.

Having enjoyed success in one business they believe that trading cannot represent much of a problem or challenge and set about opening an account and learning to trade. And after a short while and a severe drawdown, they suddenly realise that this ‘game’ of ours requires thousands of hours of input and research until various lights go on and you finally understand the magnitude of the challenge. Some of us might also know multi-millionaires who become drenched in sweat and gibbering wrecks at the thought of losing a five pound FX bet. So do these personality types prove that we’re not born, but that we have to be made?

There’s a very interesting and now infamous experiment that was conducted in the early to mid-1980’s concerning the ‘born or made’ conundrum we’ve discussed. Now a lot of the reporting on this experiment is subject to ratification and audit and many successful traders question its legitimacy. However, if we are to take it at face value then it possibly proves, beyond any reasonable doubt, that traders are taught and made and not born.

Richard Dennis became an order runner on the trading floor of the Chicago Mercantile Exchange at age 17. A few years later, he began trading for his own account at the Mid-America Commodities Exchange, an entry-level floor where “mini” contracts were traded. To circumvent a rule requiring traders to be at least twenty-one years of age, he worked as his own runner, and hired his father, who traded for him in the pit.

Dennis believed that successful trading could be taught. To settle a debate on that point with William Eckhardt, a friend and fellow trader, Dennis recruited and trained 21 men and 2 women, in two groups, one from December 1983, and the other from December 1984. Dennis trained this group, known as Turtles, for only two weeks about a simple trend-following system, trading a range of commodities, currencies, and bond markets, buying when prices increased above their recent range, and selling when they fell below their recent range. They were taught to cut position size during losing periods and to pyramid aggressively, up to a third or a half of total exposure, although only 24% of total capital would be exposed at any one time. This type of trading system will generate losses in periods when the market is range bound, often for months at a time, and profits during large market moves.

In January 1984, after the two-week training period was ended, Dennis gave each of the Turtles a trading account and had them trade the systems they had been taught. During this one-month trading period, they were allowed to trade a maximum of 12 contracts per market. After the trial-period ended, he gave the few of them who had successfully traded the system during the one-month trial, accounts ranging from $250,000 to $2 million of his own money to manage.

When his experiment ended five years later, his Turtles reportedly had earned an aggregate profit of $175 million. The exact system taught to the Turtles by Dennis has been published in at least two books and can be back-tested to check its performance in recent years. The result of such back-test shows a drastic drop in performance after 1986, and even a flat performance from 1996 to 2009. However, a number of turtles (e.g. Jerry Parker of Chesapeake Capital, Liz Cheval of EMC, Paul Rabar of Rabar Market Research) began and continued careers as successful commodity trading managers, using techniques similar, but not identical, to the Turtle System.