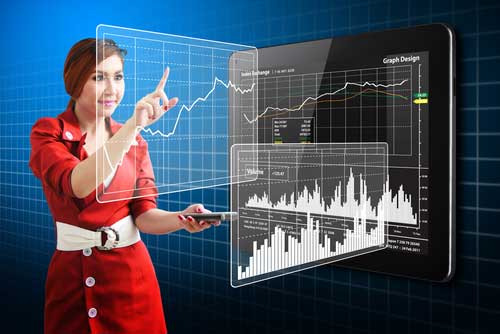 Most currency exchange rates in the world are under a floating exchange rate regime in which market forces are allowed to determine their value vis-à-vis other currencies.  Among the main factors that affect exchange rates under this system are investment and trade flows. However, a central bank may choose to intervene in the markets if the value of a currency suddenly goes up within a short time frame such that it threatens economic growth. The main method for a central bank to intervene is to sell its own currency holdings to stabilize the value of the currency.

However, not every nation allows its currency exchange rates to float. In some cases, a country may choose to have a fixed currency rate that is pegged to another currency. Hong Kong, for instance, has pegged its currency to the US dollar since 1982 at a rate of around HK$7.8 to US$1. The US dollar peg, as the fixed rate is formally known, has helped the semi-autonomous territory survive the Asian financial crisis and the 2008 crash of the Lehman Brothers investment bank. In fixed exchange rate regimes, the only way the exchange rate can change is if the central bank deliberately chooses to devalue it.

It is possible for a trader to make a profitable trade under fixed currency exchange rates regimes if there is an emergency that prompts the central bank to devalue their currency. But it will require them to be in possession of a lot of information. For example, since they are shorting the currency, they must know the amount of currency reserves the central bank maintains, since this will tell them how long the bank can hold out before it is forced to devalue. And there is also the possibility that the country will be bailed out by its neighbors or by organizations such as the International Monetary Fund (IMF).

In some cases, however, the central bank may deliberately opt to devalue their currency, in which case the currency trader can make a profitable trade. However, there are two problems that could hinder a trader from making a profit: the limited fluctuation the shorted currency is likely to experience, which will limit potential profits and the relatively small number of forex brokers who deal in fixed currencies. In addition, the trader will have to look for a broker who offers a small bid-ask spread in order to ensure that profits won’t be eaten up by brokers’ charges.

One currency that has pegged currency exchange rates that the trader can take a position in is the Saudi Riyal, which is pegged to the US dollar. This ensures the stability of the riyal, which helps control inflation, as well as cementing the ties between the two countries. Occasionally, however, the riyal does fluctuate against the dollar in response to rumors that it is about to de-peg or that it join the proposed Gulf Economic Union and replace the riyal with that bloc’s single currency. These movements provide the patient trader with the opportunity to make a safe profit using high leverage and little risk of volatility.