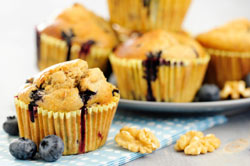 It's quite an experience being a neutral at a high profile football match. I was lucky enough to get tickets to watch the Community Shield*, the curtain raiser to the English football season held each August. Unlike previous visits to Wembley stadium, (particularly the old stadium), I had no nerves, I could sit back, relax and enjoy a great day out with my two sons.

During a coach journey stop off, at the hideously over priced motorway service station and whilst my boys looked through the magazine section, I noticed a woman packing a box with Krispy Kreme doughnuts. Having noticed a gathering of extra police in the service station, presumably to stop Mancunians from coming to blows (never gonna happen) I wondered if the doughnuts were for them. No, they were for the woman and her family.

Now any economist or commentator will tell you that it's very difficult to 'switch off', naturally I began to wonder if the UK should introduce a Krispy Kreme economic indicator? When we have (en masse) stopped buying unnecessary items (particularly useless calories) would it be an indication that we've finally reached the end of the 'spending habit' road? By the way, the price paid for a full box of circa eight doughnuts was twelve pounds..

In the USA news broke yesterday regarding the eating habits of the U.S. Justice Department agencies. At one conference a serving $16 muffins was on offer, at another beef Wellington appetisers that cost $7.32 per serving. “Some conferences featured costly meals, refreshments, and themed breaks that we believe were indicative of wasteful or extravagant spending,” the Justice Department’s inspector general wrote in a report released yesterday.

The Justice Department spent $73.3 million on conferences in 2009, compared with $47.8 million a year earlier. The $16 muffins were served at an August 2009 conference of the Executive Office for Immigration Review and the beef Wellington was offered at a February 2008 meeting hosted by the Executive Office for U.S. Attorneys. A March 2009 conference of the Office on Violence Against Women served Cracker Jack, popcorn and candy bars at a single break, costing $32 per person. The report is a follow-up to one from 2007 that found the Justice Department had few controls to limit the costs of conference planning, food and beverages. That audit cited a reception that included Swedish meatballs costing $5 apiece.

Yes that's right, the year after economic Armageddon was unleashed and vast swathes of Americans began to lose their jobs and homes, (in one single month in 2009 circa 740,000 Americans lost their jobs), the Justice Department of the USA spent $73.3 million on conferences, this close on doubling of spend since 2008 coming two years after the infamous meat balls incident. Whilst the supposed middle class of America shrinks is it perhaps a testament to their mentality that mass civil disobedience hasn't taken place, given the parade of tic a tape insults that rains down on their population as each day passes? Or sadly perhaps they realise that resistance is useless..

The mainstream media refused to cover the recent Tel Aviv demonstrations, or give the gatherings any significance, similarly the Wall Street sit in has gained zero coverage. The anger hurled at Wall st. for "getting us in such a mess" has now been replaced by apathetic acceptance, folk worrying about their own immediate survival has replaced any collective anger.

A thousand people were arrested a couple weeks ago on the Tar Sands environmental issue, yet there was hardly any coverage. Can you imagine if a thousand tea partiers had been arrested in front of the White House? It would be at the top of every news story. People are down on Wall Street right now holding a sit in and a camp in down there, virtually no news about this protest. This goes on with liberals and the left all the time, and it gets ignored. Fortunately, there are shows who aren’t ignoring it, but it doesn’t mean that it isn’t happening and it will continue to happen.

Mr Moore, whilst a brilliant and provocative film maker, has made a fatal error and that error has been compounded by the general feeling of apathy which is partly why the major news corporations have ignored the protest, estimates put the numbers at a maximum of 2,000 in Liberty Square. Michael Moore has over estimated his fellow citizens' ability to fight back. It's just not there. He's believing that an ordinary GI Joe anti Vietnam mentality still exists in the USA. Those original hippies and beat nics are now the muddled class who want things 'fixed' to how they were four years back; they want their houses to go up in value every day, they want their stocks to rise, their job opportunities to be boundless, to take vacations..what they don't want is to reach the point were they, as Rudyard Kipling stated in the poem If, "watch the things you gave your life to, broken, and stoop and build ’em up with worn-out tools". No Siree, the American middle class, similar to it's UK and European counter parts, liked what they tasted in the middle part of the last decade and they want it back.

They don't want revolution they want reverse financial engineering and they're prepared to hide behind the curtains until that nasty recession has gone away. But here comes the bad news, they've got a long wait. The IMF inserted code in their latest briefing, mentioning a "lost decade", well we're three years on from 2008 and back to the future already, and if the Fed follow through with operation Twist we'll no doubt revisit the QE solution again and again as each version loses it's impact.

If you consider the QE programme to be an asset purchase scheme then what assets are left, even the junk was bought up at 'mark to model' price and 'not mark to market', how can the Fed, or the BoE, or the ECB have anything else left in their sights to buy? What's left, fresh air securitisation bonds? I know, Krispy Kreme bonds. Oops, let's not give them any ideas, even though they're fresh out of new ones, no doubt the aperitifs during the Fed's two day meeting will have been suitably grand.

*the match finished 3-2 to Manchester united and we witnessed arguably the best team goal scored at Wembley in decades. I’ve also forgiven my youngest Son from ‘doing a Poznan’ with the Manchester City supporters, he got ‘caught up in the moment’, please insert suitable Ben Bernanke QE 3 punchlines at will…