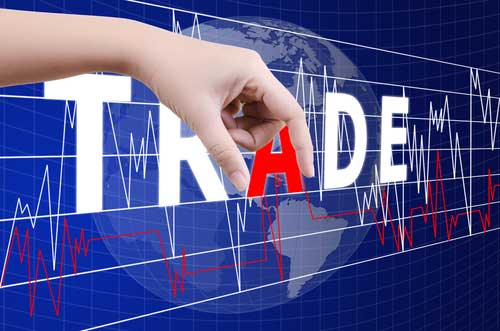 Less can be more when you trade forex

If you’ve noticed that the euro has risen significantly versus its peers during 2020, then you’re not alone. Euro trading volatility has been higher than in previous years. Versus nearly all its main peers, the single trading bloc’s single currency has gained ground this year.

The pandemic and Brexit have secured and anchored the value of the euro, and in sharp contrast to the perception of social and economic chaos in the USA and UK, global investors view the ECB and EU as paragons of good management. Therefore, investing in the area’s currency makes sense.

The pressure and temptation for forex traders to overtrade and trade multi-currency pairs can be overwhelming, and a primary human emotion and a driving force leads to this mistake. We imagine that we need to work hard to make money out of the FX markets, we believe we must be active, we must put the hours in to take money out.

There is some truth in the “work hard to enjoy forex trading success” mantra, but only concerning putting in the groundwork to become successful and continually researching the industry in which you operate.

FX trading shouldn’t be hard work; we’re not on hospital wards coping with a virulent virus 24-7, we’re not teachers taking home student homework to mark after being in the school for ten hours. Ours is a cerebral activity and career that should leave you with a lot of spare time to enjoy your free time and other pursuits.

Let’s consider the figures we began with; the gains euro pairs have experienced during 2020 so far. If you remained long the four currency pairs from January, the profit would have been approximately 20%. Not satisfied with that. Well, consider the fact that most banking deposit accounts currently offer close to zero returns, with some penalising you for leaving money on deposit. When we think about a 20% return through that lens, the profit looks pretty good.

If you hypothetically took the trades in January and through zero fees trading account like FXCC’s main account, the transactions would have been free of charges: only the spreads cost, it’s a smart way of trading that’s for sure.

The 20% return is assuming you just stayed long, imagine if you’d safely navigated some of the strong trends these pairs displayed during the year, your profit could have been two to three times more.

Instead of taking four trades (position trades), you might have executed six transactions on each pair (swing trades), twenty-four in total with perhaps four winners and two losers on each security. So, in a fifty-two-week year, you’d have averaged close on one trade every other week. This process doesn’t seem like hard work.

Many traders and investors trade one security only. Rather than trade the four currency pairs mentioned they might transact just the one forex pair, but more frequently. For example, they might day trade EUR/USD only. They might limit themselves to one or two trades per day. Again, you couldn’t describe this as hard work.

Compare it to being a buyer and seller of nearly new Porsche 911s only; you ensure you know everything about that model, you specialise on that niche, you know the risks, pitfalls, what to buy, what to sell at and where your customers are. Who knows? Shortly, you may be looking for that Porsche dealer to sell you a 911 as you reward yourself for your skilful and profitable single currency or single currency pair trading.