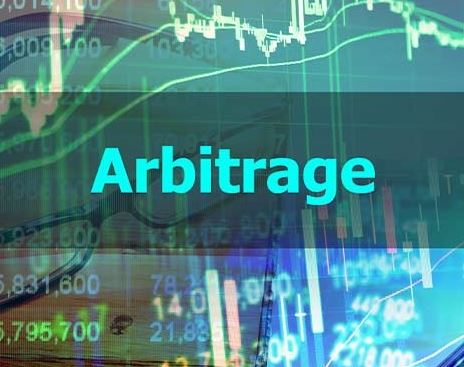 In the past, arbitrage was restricted to commodities easily traded on the markets. It is a phenomenon that evolved from the financial markets. With the recent developments in the world, arbitrage has become possible even in the labor market, and this arbitrage directly relates to the foreign exchange rate. This article will discuss the effects and implications of labor arbitrage in more detail.

What is labor arbitrage?

Multinational corporations with business interests worldwide have surpassed international trade barriers. Therefore, these multinational companies prefer to employ a global workforce, and these multinational corporations can do so because of the removal of barriers to international trade. Accenture, IBM, Wal-Mart, and the like have most workers overseas. Why is this the case? Why are companies eager to employ foreign labor and operate on foreign soil?

In addition to offshoring, labor arbitrage is the primary reason the market takes off. Arbitrage means a risk-free profit. When traders buy commodities at low prices and sell them at high prices, they earn this profit. The labor prices in developing countries are low in the modern world. Therefore capitalists can save a lot of money by moving their production overseas and selling their goods in developed economies.

For example, due to the high price of the United States Dollar compared to the Indian Rupee, producers from the United States can pay Indian workers more and save money because labor is attracted to maximum wages. In other words, Indian workers can benefit Americans and Indians by producing goods that Americans consume. Low costs and high wages can result simultaneously.

There needs to be a downward trend in Americans’ wages over time, while the upward trend in the salaries of Indians should bring an end to the arbitrage. It is theoretically expected that this will happen, but certain factors ensure that the labor arbitrage persists regardless of the outcome.

Strong minimum wage laws in the United States prevent wages from falling beyond a certain level. However, there are no minimum wage laws in countries like India, which has a large population. As a result, the wage rate in these countries remains lower due to intense competition for employment. Despite efficient and free foreign market operations, the wage differential between the two countries continues.

Thus, multinational corporations continue to enjoy the benefits of labor arbitrage and can earn money by simply moving their work!

Despite its potential centuries ago, labor arbitrage has only become a reality in the past two decades. This is due to technological advances that have made it possible. Some of the enablers include:

Second, there were many restrictions on international trade in the past. However, in recent years, globalization has allowed capital and labor-free movement. Consequently, these liberal policies have made it possible for companies to establish themselves globally purely on a business basis and not with any nationalistic agenda.

To produce goods or products at the lowest cost, labor arbitrage involves finding and using the lowest-cost workforce. While labor arbitrage is a common practice in business, its daily usage is limited; it is more commonly used in business consulting reports than in everyday business discussions. Labor arbitrage continues to benefit multinational corporations and allows them to earn money just by moving their operations.