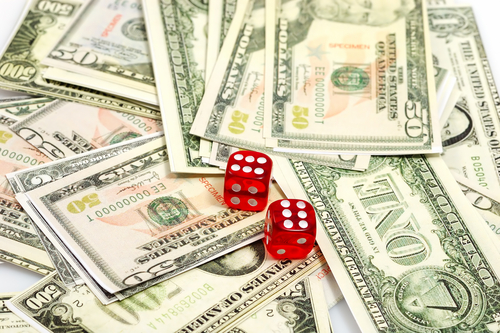 Considering the amount of forex rollover is a consideration you should keep in mind when choosing which currency pair you will trade. The reason for this is that currency traders make their money from incremental changes in exchange rates. Therefore, anything that can increase capital gains or reduce it is something that you should also keep track of. Let us look at a concrete example to illustrate how rollover can help us make profitable trades.

Let’s say we are deciding between the currency pairs EUR/USD and AUD/JPY. The first step for us is to look at the direction of the trend the two pairs are following. The pair with the stronger momentum is obviously the one we should be trading. For example, if both pairs are trading lower than previously established highs but the EUR/USD pair is starting to establish a new low, then you should trade this currency pair since its momentum is in your favor.

However, any good trader also keeps his eye on the amount of forex rollover.  Each currency has an interest rate associated with it which has been set by its country’s central bank. Your account is credited with a certain amount when the currency you are buying has a higher interest rate than the one you are selling. On the other hand, your account is debited when the opposite happens. Depending on the amount of leverage you are using when you are trading, the amount of rollover can be fairly substantial and a good addition to your capital profits.

So let us look at the interest rates of the two pairs. If you are using a trading platform, you should look at the Roll S and Roll B boxes. Roll S represents the amount of forex rollover that will be credited or debited to your account if you sold the currency pair you are looking at, while Roll B shows how much you can earn or have to pay if you buy the pair. If the amount will be credited, the number will be positive while if debited, it will be negative.

For example, the Sell S of the EUR/USD pair is 0.25. This means that for a typical lot of 100,000 you will earn $25 a year for every currency pair you buy. To determine how much you will be credited if you hold the position for one day, divide this number by 360; using this computation, you will be credited $0.07 per lot per day. While this does not seem like a lot of money, you can increase the amount of rollover by holding your position open longer. You can also use it to make some profits if you believe that currency prices will be flat for the remainder of the year. If the interest rates for a particular currency pair are favorable to you, you can simply hold the position long term since the amount of the rollover will be automatically credited to your account. Hence, it pays to keep forex rollover in mind when choosing pairs to trade.