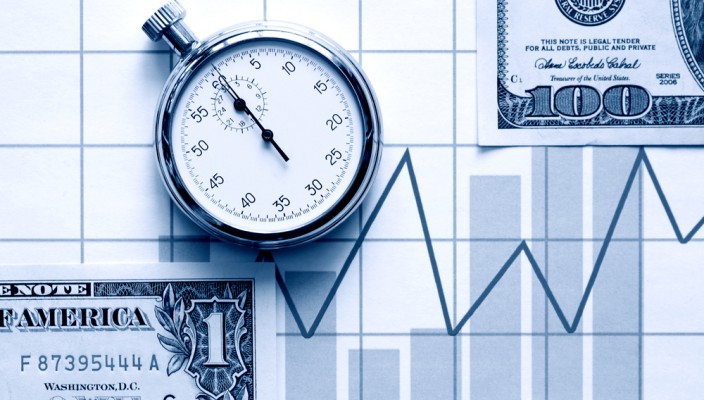 Is timing everything, when you’re a trader?

Apr 20 • Forex Trading Articles • 2111 Views • Comments Off on Is timing everything, when you’re a trader?

Many of us are starstruck by traders who we consider to be “market wizards”; individuals gifted by the ‘trading gods’ and touched by genius. It’s not just traders with outstanding returns who catch our attention, it can be cerebral individuals, who add something intangible and ethereal to our understanding of trading, who impress us.

Many traders will refer an author such as Mark Douglas, who penned the book “Trading In The Zone”, as someone who “gets it”. A trader and author who managed to dig deep into the psyche of trading and offer up a fascinating insight into the (potential) remedies preventing us failing at trading. However, in some ways the book is now outdated, given that it concentrates on emotional aspects of trading, that can be easily isolated by one simple action; automation, which alleviates many of the issues novice traders experience.

As we evolve as traders we often come across quotes and pearls of wisdom that stay with us, particularly if those wise quotes relate to our own experiences, during which we may have questioned our ability and rationality, when staying the course.

Daniel Kahneman is an Israeli-American psychologist notable for his work on the psychology of judgment and decision making, as well as behavioural economics, for which he was awarded the 2002 Nobel Memorial Prize in Economic Sciences. In many ways he created the field of behavioural economics. Billy Beane’s sports-management revolution, chronicled by the author in Moneyball, was also made possible by the Israeli psychologist.

Daniel has written many books on behavioural economics, Thinking Fast And Slow and Heuristics And Biases, are two of the most highly quoted and rated. He’s a very quotable person, especially in relation to trading;

“The average investor’s return is significantly lower than market indices, due primarily to market timing.”

“I think one of the major results of the psychology of decision making is that people’s attitudes and feelings about losses and gains are really not symmetric. So we really feel more pain when we lose $10,000, than we feel pleasure when we get $10,000.”

“Intuitive diagnosis is reliable when people have a lot of relevant feedback. But people are very often willing to make intuitive diagnoses, even when they’re very likely to be wrong.”

“Courage is willingness to take the risk once you know the odds. Optimistic overconfidence means you are taking the risk because you don’t know the odds. It’s a big difference.”

“It doesn’t take many observations to think you’ve spotted a trend, and it’s probably not a trend at all.” – Daniel Kahneman.

Daniel’s work and quotes came to mind recently when I considered a trading friend and contact’s steadfast and dogmatic views and beliefs on where the markets for: WTI oil, dollar/yen and the main USA equity markets would be headed, after the USA presidential election. It was Daniel’s quotes regarding: timing, seeing patterns and trends where none exist and the whole issue of sentiment, emotions and bias that suddenly came back to me.

My experienced friend was utterly convinced that; USA equities would fall, that USD/JPY would sell off dramatically and that oil would rise after the Trump win. He’d made these predictions and as a swing-position trader had taken his positions, in December.

He went short USD/JPY in mid December, when price was at circa 109. Subsequently, within weeks, price reached 118. Recently it’s plunged back to circa 109. So price is back where my contact thought it was a good place to short the market, but did he experience USD/JPY falling by circa 7.5%, what his comparative loss/drawdown was on that single position is anyone’s guess, it’s also likely that he’s had to provide more margin to stay in the trade.

He went short the DJIA at roughly the same time, with the index at 19,600. The index subsequently enjoyed a record tear up, eventually making continual record highs day after day, to reach an all time high of over 21,120, an increase of circa 7.75%, the DJIA is currently at circa 20,635.

Now this contact of mine considers himself to be a hybrid trader; falling between the two stools of position trading and swing trading, therefore he’s not unused to, or averse to taking on elevated risk levels and enduring drawdowns that many of us would find intolerable to deal with. But he remains wedded to his views and positions for far too long and let’s his confirmed biases and prejudices cloud his judgements.

Whilst he can point to his USD/JPY and WTI oil trades eventually turning around, he’s still in a very bad place with regards to his DJIA trade. Moreover, his capital, margin and proportion of his account tied up in the trades has been at times misallocated, capital that could have been put to better use. He’s waited four months for the trades to break even, whilst scalpers and or day traders many have enjoyed significant gains by using little risk, not experiencing margin calls and trading what we see, not what we think.

This isn’t an article and exercise in criticising position trading, versus the benefits of scalping, or day trading, it’s more a critique of employing poor method, not underpinned by sound money management and wasting that most previous of our resources; time, on failed trades. We’ll leave you with another two quotes to think over regarding my friend’s trades, from the respected economist Maynard Keynes, who was a famed currency speculator;

“The markets can stay irrational longer then you can stay solvent”.

“When the facts change I change my mind, what do you do Sir?