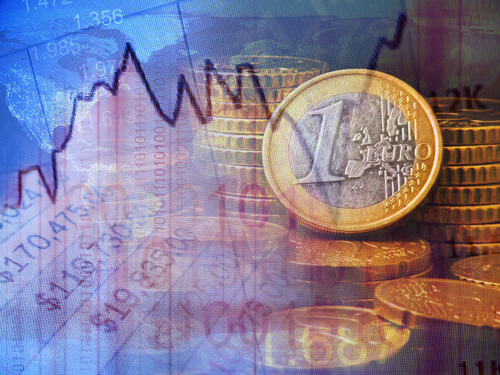 The value of a forex calendar is that it alerts traders not only to big events that have a significant impact on a particular currency, such as the announcement by the German Constitutional Court of its ruling on the constitutionality of the European Stability Mechanism (ESM) under German law, but also the regularly released data sets that affect the volatility of the markets, particularly if they are higher or lower than expected. Here is a brief overview of some of the major economic releases that could impact the euro.

IFO Business Climate Survey: Marked for monthly release under the forex calendar, this Survey is seen as an important predictor of the economic health of the bloc, as high readings reflect a high level of consumer confidence, which is reflected in increased consumer spending. On the other hand, a low IFO survey reading may reflect an economic slowdown. The effect of this indicator on the euro is moderate to high. The August index reading was 102.3, which was not only a 29-month low but also marked the fourth month in a row the reading had fallen.

Eurozone Retail Sales: Also released on a monthly schedule according to the forex calendar, this indicator reflects the results of a survey of retail outlets and indicates how large private consumption is. The volume of July retail sales in the eurozone fell 0.2% on a monthly basis and 1.7% year-on-year. The effect of retail sales on the euro is moderate to high.

Consumer Price Index: The CPI reflects changes in a given basket of goods and services used by a typical consumer. When the CPI goes up, it indicates that consumer prices are also rising with a corresponding decline in buying power. The CPI for August is scheduled on the forex calendar to be released September 14 on a month-by-month and year-on-year basis. Core inflation figures, which remove the food and energy categories from the basket in order to more accurately measure underlying inflation trends, are also released. Year on year CPI is seen to be 2.6% while core inflation is pegged at 1.7%, the same as the previous month. The CPI has a high impact on the euro.

Gross Domestic Product (GDP): This indicator measures the total domestic economic output of the eurozone for a particular period and is released monthly. It is seen as having a moderate impact on the euro. The second quarter GDP recorded a 0.2% decline in the second quarter and was unchanged in the first quarter.

« The Truth About the Currency Market Forex Calendar FAQ »