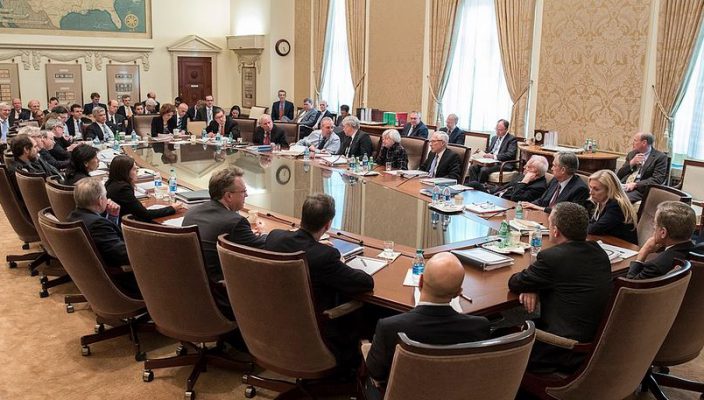 How to trade the FOMC market news?

Every trader’s calendar includes the meeting of the Federal Open Market Committee (FOMC). A series of meetings are held every eight months, and all investors prepare for it in advance. Since this meeting is one of the essential indicators of the United States economy’s future, there is usually much market movement before and after the meeting.

The question arises here, whether you use this economic event as a part of your investing strategy? The first step is to thoroughly understand what the FOMC meeting is about and what opportunities will be available. To help you plan, we’ve gathered all the information.

When does the meeting take place?

At each FOMC meeting, five Federal Reserve Bank presidents and seven board governors discuss and decide on monetary policy for the U.S. In the end, the meeting’s primary purpose is to assess economic data and, based on that, decide what sort of intervention is needed.

In its decisions, the committee evaluates a large amount of information such as household spending, business fixed investment, rate of inflation, and employment growth. The meeting is entirely private, but the major decisions are usually announced shortly after the conclusion of the meeting at a press conference.

It will take three weeks for the formal FOMC minutes to be published. To stabilize the economy, the FOMC seeks to raise or lower loan rates. By using financial information, committee members can determine the inflation rate by maintaining a 2 percent money supply or increasing or decreasing it.

What are the benefits of the meeting for traders?

The FOMC report, along with non-farm payrolls, is a crucial indicator of the state of the U.S. economy. Market participants can consider the committee’s decision when developing their trading strategies. These specific financial instruments are directly affected by the FOMC’s decision:

U.S. dollar: Relative to the U.S. currency, the dollar is likely to gain value if the FOMC raises interest rates.

Gold: If interest rates rise, the dollar will gain strength, and gold’s value will decrease. If the FOMC’s outcome indicates that the U.S. economy is headed in a downward direction, gold could be both a stable asset and an attractive investment.

Indices: In a rising loan rate environment, share prices could be pushed down, making U.S. indices vulnerable to speculative movements.

U.S. economic dominance means that the FOMC’s decision will have global effects as a result.

Traders around the world watch this decision closely because it provides clues as to past and future economic trends, as well as an indication of how other central banks might adjust their inflation policy.

What are some ways traders can adjust their strategy?

Market participants can take advantage of the volatility in the market surrounding the FOMC’s decision. For example, traders who use day trading strategies might adjust their strategy before and after the meeting to maximize profits.

It’s not uncommon for markets to speculate months before an announcement, meaning they are prepared for either result. The FOMC’s decision will likely take some time for its full effect to be felt by those who prefer to follow long-term financial patterns. Traders might maximize their profits by formulating a market strategy that incorporates each meeting regardless of the outcome.

A traders’ calendar would not be complete without a meeting of the FOMC because it is most likely to affect interest rates. The FOMC controls the short-term interest rate using various policy tools, including raising or lowering the fund’s rate. Traders can see the effect of this significant rate shift in FX and bond prices, which are also influenced by other loan rates. So, the wise traders can actively use FOMC meeting and the volatility of that day to earn maximum profits.