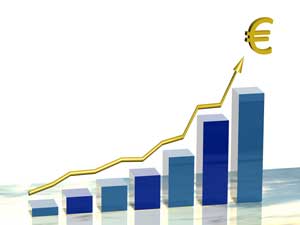 Historical Facts that Traders Should Know about the Euro Exchange Rate

It cannot be denied that some traders believe that the Euro exchange rate has always been synonymous with disappointment. Of course, such a notion cannot be further from the truth. After all, the Euro has suffered from a decline in the past and yet later on managed to regain its status as one of the strongest currencies. Indeed, there is much to learn about the above mentioned currency. Those who wish to discover various interesting facts about the Euro should make it a point to read on, since there is no simpler means of engaging in a quest for knowledge.

As pointed out beforehand, the Euro exchange rate exhibited a considerable decline even before the current Eurozone crisis emerged. Specifically, just a year after it has been established as a proper currency, the Euro fell to an all-time low; in 2000, the aforesaid currency merely had a value of 0.82 dollars. In just a matter of two years however, the Euro managed to become an equal to the US Dollar. What is even more interesting is that the increase of the currency’s price did not cease. In 2008, the Euro became one of the strongest currencies and even surpassed the dollar.

The ensuing Eurozone crisis only began in 2009, during which Greece’s economic woes became known. While it would be difficult to identify every factor that led to the problem, it is undeniable that the Greek government’s inability to spend resources wisely made it possible for such a disastrous turn of events to occur. In fact, most economic experts believe that Greece managed to achieve a debt that far surpasses the value of the country’s economy. Soon enough, other nations in the Eurozone suffered a similar fate. As to be expected, those running companies became wary of the situation and thus a disappointing Euro exchange rate manifested.

The problems that developed throughout Europe were actually accelerated by another concern: the US financial crisis. Given that the US economy actually affects the Euro in many ways, it is no longer surprising to realize that the United States’ issues have a rather “contagious” effect. In fact, some say that if the US financial crisis did not emerge, the Greek government’s substandard economic policies would have never been revealed as its growth would have remained at a level enough to hide all sorts of budget deficits. Indeed, the dilemmas that currently surround the Euro exchange rate are truly multifaceted.

To reiterate, the Eurozone has survived economic woes in the past: not only did the Euro become an equal to the US Dollar, it also managed to surpass the American currency in a few years’ time. As also pointed out though, the current economic crisis that affects the entire European region manifested just a year after the Euro achieved its all-time high. The problem was brought forth by two factors: issues in government policies and the US financial crisis. All in all, learning about the highs and lows of the Euro exchange rate is akin to taking part in a lesson about world history.