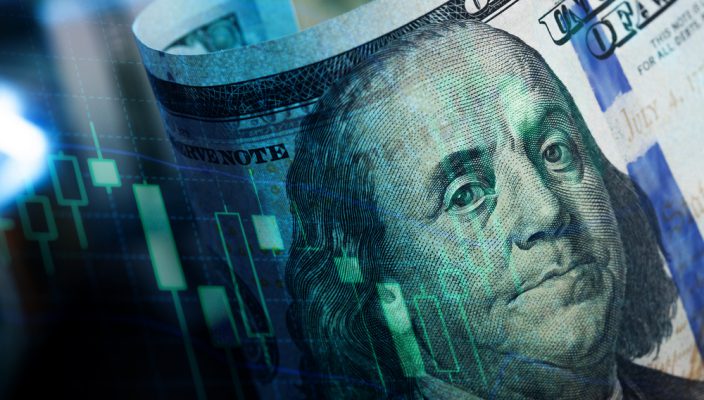 Historic Dollar Surge Plays into the Hands of the Fed

Sep 6 • Forex News, Top News • 349 Views • Comments Off on Historic Dollar Surge Plays into the Hands of the Fed

The dollar is skyrocketing against the world’s major currencies, approaching an annual record in almost 40 years and the third-biggest gain since President Richard Nixon ended the gold standard more than 50 years ago.

Is the Fed Concerned About the Strong Dollar Appreciation? Not at all

All other things being equal, a stronger dollar will help ease price pressures by lowering import costs and tightening financial conditions, which is the goal of Jerome Powell and his colleagues, who are trying to bring inflation back to the 2% target for 40 years, the highest in 40 years.

The minutes of the Fed meeting from 26.-27. July, when it raised the federal funds rate by 75 basis points for the second straight month, shows that policymakers see the impact of a strong dollar on import costs as one of the few factors that will help bring inflation back under control.

The debate over the dollar’s impact on US inflation post-pandemic is heating up. However, the Federal Reserve is more likely to prefer an exchange rate hike.

“The Fed will be willing to keep this growth going. There is no incentive to stop it. A stronger dollar won’t hurt and may help them,” said Brad Bechtel, head of global currency at Jefferies in New York.

The dollar hovers around a 20-year high against a basket of major currencies. It’s up 13.5% this year, posting its biggest calendar-year gain since 1984 and the third-biggest since the dollar was depegged from gold in 1971.

The dollar is up about 17% this year, according to annual data most commonly included in inflation measurements. This is the strongest momentum in lowering inflation since 2015, and many believe it will only pick up because of interest rate differentials.

Unlike the central banks of Japan and China, the Fed intends to raise interest rates further. The People’s Bank of China is now moving in the opposite direction.

In addition, markets are betting that the US economy will be in better shape than its UK and eurozone counterparts, suffering from winter energy shortages. And if the global recession snowballs, foreign demand for safe-haven Treasuries could weaken the dollar.

According to Jefferies’ Brad Bechtel, a 10% rise in the overall value of the dollar used to be equivalent to a rate hike of about 75 basis points. Economists at Societe Generale have calculated that a 10% rise in the dollar will cause US consumer inflation to fall by 0.5% over the year. According to the Kansas City Fed report, the stronger dollar has a very limited impact on consumer prices, at least for now.

An 8.5% appreciation in the dollar since May last year is estimated to have lowered annual core consumer spending inflation by about 0.2%. A further 5% appreciation will take that figure to 0.33% by the end of next year.

They concluded that a strong dollar’s ability to curb inflation may be less today than it has been in years past, reflecting distorted US import demand and pandemic-related supply disruptions.

If the Fed officials think so, then it can be argued that they are quite happy with the current exchange rate and will not oppose another rate hike. In fact, they may well remain so as long as the rate of appreciation does not become too rapid and further widespread financial market turmoil threatens.

“A stronger dollar is a side effect of Fed policy and an indirect benefit for the Fed,” said John Sylvia, economist and founder of Dynamic Economic Strategy.

There are some signs that the recent dollar rally is beginning to take its toll on financial markets. The US Goldman Sachs Financial Conditions Index (FCI) rose 25.5 basis points in the past week until 99.30. According to the bank, the largest individual component is 10.2 bp. — Decreased against the dollar.

This reversed about a third of the FCI’s slowing financial conditions since June, with equity and credit markets recovering even as the Fed hiked rates by 75 basis points. Good news for the Fed, but they almost certainly need more.

« Advantage of Using VPS Service for Forex Trading What as A Harmonic Butterfly Pattern in Forex? »