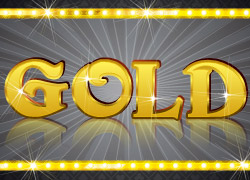 Gold futures prices would have taken a pause at the Globex skidding 0.28% from the weekly closing while, the Asian shares slid as investors gathered worries from the terrible jobs data released last Friday, and a weak Chinese PMI pressurized the stocks in early morning. Euro as well knocked down once again against the dollar after Spain sought after efforts to shield the euro area banks from default.

Going ahead continued concerns are likely to weigh onto the riskier assets but disordered global financial markets may draw some refuge into the metal. Market will be eyeing the meeting between German chancellor and EU commission president in advance of a late June European summit to back ideas for banking recapitalization to protect the cash instability. Also, market will be cautious for alerts on Greek commitments updates for a secured berth in the eurozone.

Although Euro is still poise to a downside risk, market performance showed gold has accumulated highest volume last week as compared to the past 10 weeks. And, lowest US 10-year bond yield clearly indicates an unusual break up in Gold-dollar relationship (inverse), attracting refuge demand from the anemic market sentiment. From the economic data front, the eurozone investor confidence is likely to remain weak while the producer price may reduce a bit. While the former indicates a weaker euro, slight support may come from the later. Gold therefore is although expected to be under pressure, a flight to safety may keep it buoyed as a guard against portfolio attrition. Hence, we recommend staying long for the metal from lower levels.

Silver futures prices dipped slightly at the early Globex session pressurized by the heavily down Asian equities, tracing cues from the shattered US and European equities and a disastrous jobs data from the US. As discussed above, market will be waiting for the meeting between EU commission president and the German chancellor for bank recapitalization amid Spain’s urge for a joint effort to safeguard the banking sector. The euro therefore seems to be vulnerable to a significant downside and hence silver may also remain under stress.

But, as proved earlier, silver too to follow the gold’s rally following from the haven demand and we therefore expect silver to revive during the day. From the economic data front, the eurozone investor confidence is likely to remain weak while the producer price may reduce a bit. While the former indicates a weaker euro, slight support may come from the later. Said above, we recommend staying long for the metal from lower levels.