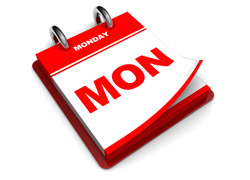 Monday Morning Around the Globe

Treasury yields hit their lowest in hundreds of years and global stocks dropped towards 2012 lows on Friday, as investors scrambled for lifelines on worries about Spain’s parlous finances and China’s growth outlook. US stock index futures fell sharply as job growth in May was the weakest in a year and employers added far fewer jobs in the prior two months than previously reported, another blow to investors beset by worries about global growth.

The US labor market stumbled in May as employers added the fewest workers in a year and the unemployment rate rose, dealing a blow to President Barack Obama’s re-election bid and raising the odds the Federal Reserve will take steps to boost growth. Payrolls climbed by 69,000 last month, less than the most- pessimistic market forecast after a revised 77,000 gain in April that was smaller than initially estimated, leading to a sharp fall in the US markets.

Greece had its highest possible credit rating lowered by Moody’s Investors Service, which said there’s an increasing risk the country may exit the euro region. Greece’s country ceiling, the highest rating that can be assigned to a domestic debt issuer, was cut to Caa2.

Spanish and Italian government bonds rallied, paring a slump for the week, on speculation the ECB will buy the securities to help prevent the currency bloc from disintegrating. The European Union is targeting July 9 as the start date for its permanent euro-area rescue fund, the `500 bn (USD620 bn) European Stability Mechanism.

Asian stocks fell for a fifth week, the regional index’s longest streak of weekly losses in a year, as Spain’s borrowing costs soared and amid further  signs that China’s economic slowdown is deepening, dimming the outlook for companies dependent on global demand.

Gold up by 0.19% and the dollar  sliced, as on speculation that the Fed will be reluctant to buy more debt to shore up growth, easing concern that inflation will accelerate. Silver up by 0.25% as STFs in New York and London bought precious metals to book profits.

Oil down by 0.80% for the first time in three days as oil demand rose in the United States and the Federal Reserve said its holding off on increasing monetary accommodation due to slow and improving economy. However, supplies remain affected.

Copper gained 0.97% to the highest level in a week as the Chinese government seeks to spur its economy, and Germany pledged to consider growth measures for Europe, improving the outlook for metals.