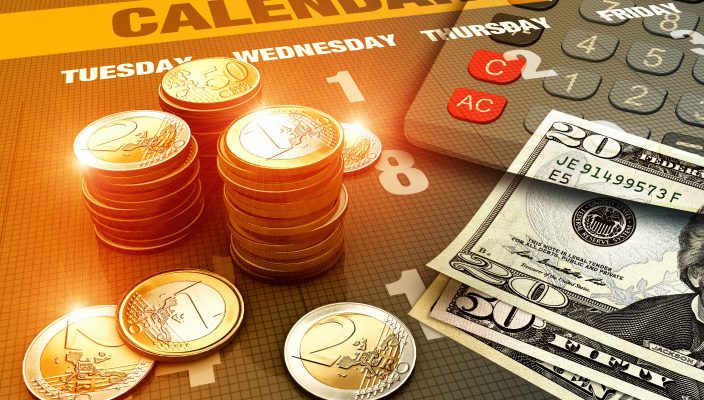 GDP and soft sentiment figures for both Germany and the Eurozone, will reveal the strength of the wider area’s economic performance over recent months.

May 13 • Forex Trading Articles, Morning Roll Call • 981 Views • Comments Off on GDP and soft sentiment figures for both Germany and the Eurozone, will reveal the strength of the wider area’s economic performance over recent months.

The economic calendar on Monday begins with home loans and investment loans data for Australia, early in the Sydney-Asian session, readings which may impact on the value of the Aussie dollar, a ripple effect which could continue into the London-European session. A member of the Australian central bank will speak on a committee at 8:00am U.K. time, which could also afford the value of pairs such as AUD/USD, which is down circa -1.73% monthly. Japanese data published on Monday includes the leading and coincident index. Late evening/early Tuesday morning, Japanese lending data and the trade balance figures for the country will be revealed, a series of data which could impact on the value of yen; USD/JPY is down circa -1.53% monthly, as yen’s safe haven appeal has been re-enacted, due to the renewed China-USA tariff/trade war spat.

Focus on Japan and Australia continues on Tuesday morning, as the latest consumer confidence reading for Australia is published at 2:30am U.K. time, Japan’s latest ECO watchers survey is broadcast at 6:00am. Forecast to show a modest increase in the current survey and fall in the outlook survey, yen could react to the data. Eurozone data on Tuesday begins with Germany’s wholesale prices and CPI figures, the headline CPI figure is predicted to come in at 2% year on year, up to April. Swiss import and export prices will also be revealed, expected to show a fall monthly and yearly in April.

At 9:30am U.K. time attention switches to the U.K. as the latest series of unemployment and employment data is delivered by the ONS. Unemployment is forecast to remain at 3.9% on a three month basis with 141k jobs created during the period. Weekly earnings growth is forecast to fall to 3.3%, from 3.4%. This series of data could affect the value of sterling, GBP/USD is trading down circa -0.42% monthly, as Brexit issues also reappear.

At 10:00am, attention switches back to Eurozone, as the latest industrial production figures are released; predicted to fall to -0.3% monthly and -0.8% yearly up to March. Germany’s latest survey expectations ZEW reading is forecast to rise to 5.0 from 3.1, the ZEW readings for the E.Z. will also be printed. Attention shifts to the USA economy on Tuesday afternoon, as the latest import and export price data is published at 13:30pm, figures that will take on more importance over the coming weeks, if the Trump administration’s increased tariffs versus China take effect.

On Wednesday morning, during the Asian session at 3:00am U.K. time, a slew of data concerning China is revealed including; retail, jobless, investment and industrial figures, which are forecast by Reuters to remain fairly stable. Focus will quickly turn to the latest Eurozone data during the morning London-European session. Germany’s latest GDP figure will be revealed at 7:00am U.K. time, predicted to come in 0.4% for the first quarter of 2019, rising from 0.00% in Q4 2018. Annually the reading is forecast to come in at 0.7%, rising from 0.6%. Both German readings, if the forecasts are met, could positively impact on the value of the euro, if analysts translate the data as bullish for the engine of growth in Europe; EUR/USD is down approx. -0.15% monthly. Japan’s machine tool orders data, also published at 7:00am, could reveal the strength of Japan’s manufacturing sector. At 10:00am attention remains on the E.Z. as the latest GDP figure for the single bloc trading zone is published; forecast to come in unchanged in Q1 at 0.4% and at 1.2% annual growth, the data could indicate a stabilisation of the E.Z economy.

It’s an extremely busy afternoon for North American news on Wednesday, beginning with the latest CPI data from Canada, forecast by Reuters to come in at 2% when published at 13:30pm U.K. time. Rising from 1.9% the reading (if met) could impact on the value of the CAD dollar; USD/CAD is up circa 0.21% monthly. Retail sales figures (advanced) for the USA will be revealed at the same time, forecast to come in 0.2% month on month for April, this would represent quite a fall, from the 1.6% growth registered in March. At 14:15pm the latest April data on manufacturing and industrial production for the USA economy will be delivered, as will be the data on capacity utilisation, all three figures are expected to remain close to the recent lows published for March. The latest NAHB house price index will be published as will be business inventories, which is expected to flatline to 0.00% in March falling from 0.3% in February, as USA commerce cut back on their stockpiles and reserves. The latest DOE energy figures could impact on the value of WTI, depending on the reserve figures published.

Australasian data dominates the early stages of the Sydney-Asian trading sessions on Thursday, the RBNZ deadline for its bank capital submissions plan for the New Zealand economy comes into effect, thereafter, a raft of Australian data is published, including; employment change, unemployment rate and FX transactions. Later in the trading session the RBA’s Bullock will deliver a speech in Sydney. This series of economic calendar events could affect the value of both AUS and NZD. At 13:30pm U.K. time attention turns to the latest housing data for the USA, which includes housing stats and permits, with both metrics forecast to reveal improvements from the negative readings recorded in March; starts up 6.2% in April with permits up 1.4%. The Philadelphia Fed index is forecast to rise to 9 for April from 8.5, whilst weekly and continuous jobless claims are predicted to reveal a modest fall.

Friday’s economic calendar begins with various data for Japan, the most prominent is the tertiary industry index, Reuters are forecasting a rise to 0.1% for March from -0.6% in February, a series of readings that might impact on the value of yen. European news begins with construction output data and the latest CPI reading at 10:00am U.K. time, the construction figure is predicted to come in close to growth of 5.2% year on year recorded for February. CPI is forecast to register a rise to 1.7% from 1.4%. The rise in the key inflation metric, might impact on the value of the euro, if FX analysts and traders deduce that the ECB might be more inclined to alter their dovish monetary policy stance, if inflationary pressures are rebuilding. From the USA the latest university of Michigan sentiment reading will be declared, the expectation is for a reading of 97.5 for May, rising from the 97.2 figure registered for April.