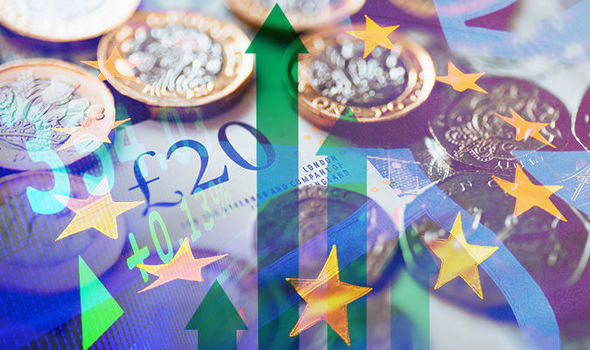 GBP/USD reaches a thirty-month high after Irish P.M. makes a positive outcome on the Brexit negotiations.

GBP currency pairs initially traded in tight ranges during Tuesday’s early trading sessions as investors and traders begin to position themselves with the Brexit deadline in sight.
The UK will exit the EU on December 31st. Many analysts are either pricing in the adjustment versus the euro and US dollar or expecting the last gasp negotiations to result in an arrangement both parties can accept and sell to their respective members of parliament, media outlets and populations.
GBP/USD rose by as much as 0.6% during the morning session and then broke through R2 increasing by over 1% on the day after the Irish Prime Minister Michael Martin delivered a positive statement.
He informed the Irish Times that he’s hopeful for a Brexit deal by the end of the week while the French European Affairs Minister Clement Beaune made similar comments. At 1.3437, GBP/USD (cable) rose to a high not seen since May 2018. EUR/GBP rose during the day, breaching R1 in the London-European session, before giving back a proportion of the rise to trade at 0.896 as the news broke.
EUR/USD continued to rise on Tuesday, maintaining the momentum generated since March 2020 when the US govt and Fed engaged in a massive stimulus exercise. The most traded currency pair traded above the 1.20 handle for the first time since May 2018.
With both GBP and EUR trading at thirty-month highs versus USD, it’s conclusive that part of the GBP/USD rise is due to dollar weakness and not necessarily sterling strength. To support these claims traders can pull up a weekly chart and see that EUR/GBP is trading up on a year to date basis. In January the pair was priced below the 0.8400 key handle, during Tuesday’s session it traded at 0.897.
As further evidence of USD weakness across the board, USD/CHF traded close to the 0.900 handle during the day’s sessions. The major-pair is trading very close to a low not seen since 2015.
We can expect significant volatility in all sterling pairs as the Brexit exit day nears; therefore, clients should ensure they maintain a high degree of vigilance. The opportunities to trade will increase as will the risk.
Swing traders should monitor their sterling pair charts during December on multi time frames, to ensure their strategy is compliant with changing market sentiment.
As proven by the sudden movement in GBP pairs after the Irish prime minister’s statement, the economic calendar and technical analysis can only support your research so much. You have to be aware of breaking news as the final lap of the Brexit process approaches.
XAU/USD (gold) rose during Tuesday’s sessions, to recover the key handle level above 1800 during the afternoon session. The precious metal’s value has suffered during recent weeks’ sessions, as the risk-on appetite gripped many global equity markets. At 5 pm UK time price was trading above R2, threatening to breach R3 marking the most significant single-day gains seen in several weeks.
High and medium impact calendar events to monitor on Wednesday, December 2nd
At 7 am UK time, the latest German retail sales figures will be published. The Reuters’ forecast is for an MoM rise of 1.2. With the previous month’s data coming in at -2.2%, this would represent a significant improvement. However, the retail data lags and Germany has suffered a recent Covid lockdown, so unless the figure misses or exceeds the forecast by some distance, it’s unlikely to move the value of the euro.
The latest Bank of England minutes will be revealed at 9:30 am UK time. Traders will look for clues regarding any forward guidance over the UK base rate. Rumours persist that the BoE will venture into NIRP (a negative interest rate policy) in 2021, which could impact on the value of sterling versus its peers.
At 1:15 pm the latest ADP non-farm job numbers get broadcast. The expectation is for a monthly increase of 410K, versus 365k previously. This ADP data is a precursor to the NFP jobs data, published on the first Friday of each month. ADP numbers can often move both the value of USD and US equity market indices.
At 3 pm shortly after the US market open, the Fed chair Jerome Powell will deliver his testimony to US govt officials. This highly anticipated presentation could provide insight and clues as to how Mr Powell envisages working with the Biden administration. Markets in USD and US equities may be volatile during his appearance.

« Will December see US equity markets print fresh record highs and what are the prospects for GBP? What is ECN trading, and why is it the access to FX many traders insist on using? »