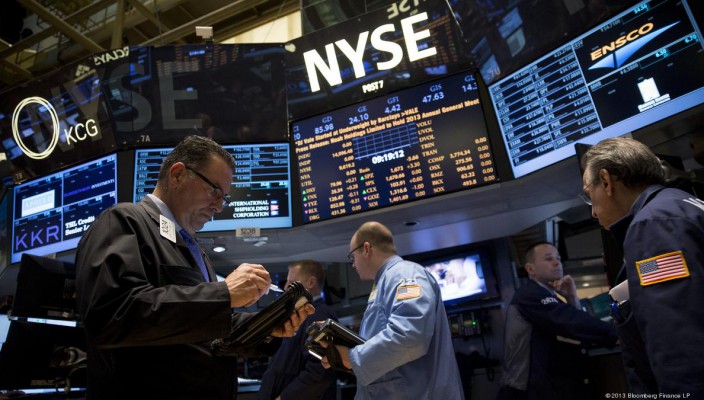 Will December see US equity markets print fresh record highs and what are the prospects for GBP?

Dec 1 • Morning Roll Call • 1196 Views • Comments Off on Will December see US equity markets print fresh record highs and what are the prospects for GBP?

Despite the equity markets selling off during the last session of November 2020, US equity markets, in particular, enjoyed a stellar month. All three leading indices; the DJIA30, SPX500 and the NASDAQ printed record highs during November with the DJIA notable for breaching the 30,000 level for the first time in its history. The optimism extended globally; the MSCI global index gained 13% in November, the biggest increase on record.

Reaching these levels during a pandemic appears remarkable when the US added close on 750,000 to its unemployment count each week during the month. However, with the fiscal and monetary stimulus delivered by the US government and the Fed costing up to $4 trillion + it’s obvious where the financial-stimuli has been most effective.

The 600+ billionaires in the US have seen their collective asset wealth grow by over $1 trillion since March 2020. It’s as if the Fed has written them out personal cheques courtesy of the tax-payer.

Similar to the 2008-2009 crisis, Wall Street has prospered at the expense of Main Street. The current irrational exuberance is not based on earnings or fundamentals but speculation. But it’d be a brave trader who’d fight the Fed or take a medium to long term short position in this market.

Traders and investors at the institutional level are pricing in the arrival of effective Covid vaccines and a global recovery in commerce, underpinned by further excessive stimuli. If these conditions are aligned, then it’s challenging to voice the contrary view; that the markets will fall to what we might consider fair value.

The pandemic has provided volatility and excellent trading conditions, especially for retail FX traders who have enjoyed tight spreads and consistent trends as a consequence.

The work from home (WFH) phenomenon has provided the ideal conditions for many home workers to experiment with trading for the first time. For those novices who remained bullish once the stimuli arrived, they’ve enjoyed a once in a lifetime return.

The NASDAQ has risen by 36% year to date, and staying long Tesla from the March slump to the November peak would have delivered a close on 500% return. As to whether a repeat performance by the NASDAQ and stocks such as Tesla will be seen during 2021 is impossible to predict. After the once in a generation Black Swan event, we’ve experienced this year, a year of consolidation might occur and most analysts appear to be predicting this outcome.

Cryptocurrencies have enjoyed a spectacular rise in price during 2020. Once again the pandemic appears to have been the catalyst. BTC (bitcoin) has reached a record high close to 20,000 over recent sessions, taking out the previous high recorded in late 2017.

The third anniversary of the initial crypto bubble popping will no doubt concentrate traders’ minds during December. Price slumped by 70% between December 2017 and Spring 2018, but the crypto market has evolved considerably since. “This time it’s different” is an overused phrase in our trading world, but this time it might be, a subject and theory we’ll cover in our crypto article to be published later this week.

Currency pair overview and snapshot during the London session

EUR/USD was up 0.44% and trading in a narrow range above the daily pivot point. The most traded pair by volume was threatening the breach the first level of resistance R1 at 1.198. During November the currency-pair rose sharply as traders and investors sold off the US dollar.

The rise of the euro during November wasn’t specific to the dollar, EUR/JPY has also risen sharply, and that rise continued during the morning session with the pair following a similar trajectory to EUR/USD to trade at 124.95.

The euro fell versus the UK pound during November, and recent volatility has been low in EUR/GBP considering the UK has now entered the last month of negotiations before the country finally exits the European Union. EUR/GBP fell sharply during October, and the momentum continued during November. Have institutional investors already priced in the outcome despite the devastating impact the exit will have on UK commerce?

EUR/GBP traded in a narrow range close to the daily PP at 0.8961. EUR/GBP traded above the daily pivot point having threatened to breach S1 during the early part of the London session. GBP/USD recorded spectacular gains since mid-March when a multi-decade low beneath 1.1600 was printed. In the morning session, it traded at 1.3352, selling-off sharply after breaching R1 earlier.

« Which Day is the best for Trading Forex? GBP/USD reaches a thirty-month high after Irish P.M. makes a positive outcome on the Brexit negotiations. »