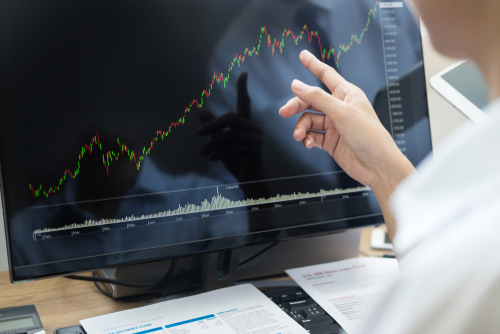 FX traders will be hoping for increased price action opportunities to develop, during the trading week

Sterling will once again be under focus this week as the U.K. government considers bringing another vote to parliament, on the Brexit withdrawal agreement. The next official meaningful vote is scheduled for March 12th, however, certain U.K. publications are suggesting Mrs. May, the U.K. prime minister, might bring the vote forward to this week. It’ll have to satisfy three tests regarding the backstop removal, for her own Tory party opposition to approve it, tests which are unlikely to be gained as concessions from the E.U. Therefore, plan B is still the plan A, which was voted down by a record number in January.

FX analysts will naturally be watching sterling pairs, such as GBP/USD and EUR/GBP closely during the coming weeks, as the countdown to the official March 29th exit draws near. Despite the renewed optimism regarding a no deal exit being delayed, GBP/USD hasn’t risen much over recent weeks; at 1.302, cable is only up circa 0.93% monthly.

Optimism with regards to the U.K. economy wasn’t helped by the U.K. trade body the CBI issuing foreboding statistics on Sunday afternoon, The CBI’s measure of private sector growth dropped to -3 in February, from zero in January. This was its lowest reading since April 2013. “More and more companies are hitting the brakes on investment and day-to-day business decisions are becoming increasingly problematic,” the CBI’s chief economist, Rain Newton-Smith, reported.

This warning from the CBI came after stockpiling by U.K. firms reached a 23 year high, according to the IHS Markit manufacturing survey last week. Markit also reported that optimism amongst manufacturers fell to a 27 year low, amongst a backdrop of increasing lay offs, the most since 2013. Car production has fallen by over 18% in January, fuelling fears that once the U.K. exits Europe under any form of Brexit (hard or soft), a slow but relentless exodus of manufacturing will begin to the E.U. On Monday March 4th, the latest Markit PMI for construction is published, there will be concerns that the number could miss the Reuters forecast of 50.5 and come in below 50 signalling contraction, if so sterling could react negatively.

Other significant calendar events that could impact on the value of sterling throughout the week include the services PMI published on Tuesday morning at 9:30am U.K. time, which at 50.1 for January, was flirting with recession. February’s forecast is 50, once again close to contraction and with the U.K. economy approx. 80% reliant on the services sector economic model, this metric when published, is closely watched for signs of structural, economic weakness, in the U.K.

The week ending March 1st was explosive for the USA, it wasn’t necessarily fundamental calendar events that dictated the value of the indices and the value of USD versus its peers; the testimony of Trump’s former personal lawyer, Trump’s aborted meeting with Kim Jong-Un and the supposed progress with China over the tariffs and trade war, took centre stage. The overall affect appeared to be a neutralisation of markets pertaining to the USA; the DJIA closed the week flat, whilst the SPX rose by 0.38%. The dollar index, the DXY, closed out the week down 0.16% at 96.36. USD/JPY rose by 1.10% weekly due to yen weakness, not necessarily dollar strength.

Reports emerged over the weekend that China was prepared to buy more soya beans from USA farmers and tighten up its alleged intellectual property violations, if the Trump administration dropped all tariffs imposed since 2017. All that remains now is how Trump sells such an climb down as a triumph of diplomacy, to gullible USA citizens and illustrates how China has apparently bowed to USA might. However, depending on how any agreement is sold to the mainstream media, could impact on the value of USA equity markets and the dollar. Therefore, FX traders who specialise in USD pairs, need to keep their concentration levels high early in the week.

Other high impact calendar events of note for the USA economy this week include new home sales data, which is predicted to have slumped to -8.70% in December, from a 16.90% rise in November. Such a fall cannot be blamed on seasonal factors alone, if the print is in line with the Reuters forecast, analysts could (once again) begin to doubt the underlying strength of the USA economy. On Wednesday the USA trade balance data will be published, the forecast is for a deterioration to -$57.8b from -$49.3b for the month of December, this could cap a circa -$700b deficit for America during 2018. A desperately poor figure, considering that USD strengthened versus the majority of its importing peer currencies in 2018. Friday will witness the publication of the second NFP jobs roll data for 2019, January shocked analysts by smashing the forecast, coming in at 304k, February is expected to come in at 185k. The USA national debt crept over its ceiling once again on Friday, at $22trillion Congress will have to approve a new ceiling soon. In the interim period, the USA govt is not set to shut down, as it did for a record period in January-February, when Trump wanted his Mexican border wall funded.

European economic calendar news news this week will centre on a raft of PMIs, mainly listed as low impact releases. Italy’s economy may climb out of its technical recession when the latest GDP growth data is published on Tuesday March 5th. Thursday 7th witnesses the latest GDP growth figure for the Eurozone; forecast to come in at 1.20% annually and 0.20% for Q4 2018. On the same day the ECB will announce its interest rate decision and deliver its narrative regarding its monetary policy.

The key interest rate is expected to remain at 0.00%. But it’s the policy statement delivered by Mario Draghi, which will be closely watched, for any signs the ECB have concerns regarding weak inflation and weak growth, and are therefore prepared to engage in a more dovish policy moving forward. EUR/USD traded in tight ranges during the week ending March 1st, FX traders will be hoping that some of the data released this week will cause price action to extend beyond the current average true range. Weekly, the globe’s most traded currency pair only rose by 0.31% and monthly it’s trading down -0.71%.