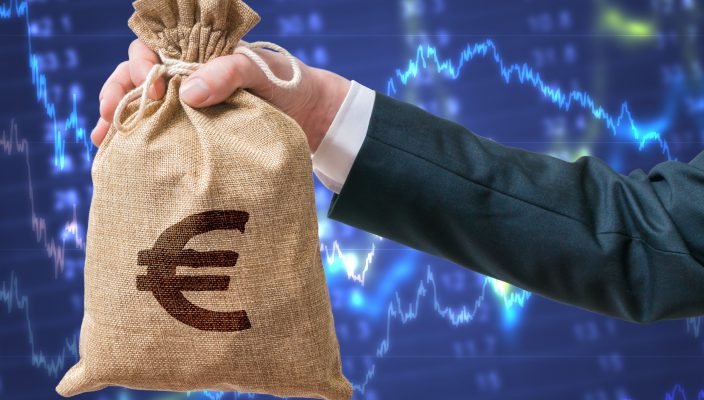 During Tuesday’s Asian trading session, China’s latest Caixin PMI figure came in at 50.2 for April, below the Reuters forecast of 50.9. The Markit PMI for China came in at 50.1, missing the forecast of 50.5. Both metrics registered readings just above the 50 level; the figure that separates contraction from expansion. The readings will have caused investors to realise that; irrespective of the Trump administration’s tariffs and trade war threats, the Chinese economy may have cyclically peaked, in certain sectors.

Chinese equity markets were relatively unaffected by the data, which is regarded as high impact internationally, rather than domestically; the CSI closed up 0.33%, marking a 30% rise year to date in 2019, closing in on a full recovery from the Q3-Q4 sell off, experienced during 2018. At 8:50am U.K. time, USD/CNY traded at 6.747, up 0.18%. At 9:10am USD/JPY traded down -0.26% at 111.3, the highly defined bearish price action, during the Asian and early hours of the London-European session, is best illustrated using Heikin Ashi candles, on perhaps a 1hr chart. On which the momentum can be clearly seen, as price crashes through to the second level of support S2. Yen’s rise was based on weak Chinese data. FX traders of JPY, should be mindful of the extended holiday period in Japan.

The lengthy China-USA trade talks will open a new chapter from today; U.S. officials have arrived in Beijing to recommence talks, in an attempt to end the dispute, which has led to tariffs on hundreds of billions of dollars of Chinese exports into the USA. Speaking to reporters, U.S. treasury secretary, Steven Mnuchin, stated he hopes to make progress: “We’re looking forward to productive discussions over the next few days.” Futures markets in USA equity indices were indicating a negative opening for New York; at 9:15am the SPX traded down -0.11% and the NASDAQ down -0.17%.

Before London-European markets opened, the latest GDP figures for France were published, coming in at 0.3% QoQ and rising to 1.1% year on year, the figures provided optimism that any recent economic difficulties, were now stabilised. Similarly, Spain printed GDP growth of 0.7% in Q1, taking annual growth to 2.4%, in comparison to Q1 2018. Germany published data indicating that the manufacturing powerhouse of Europe was paying less for imports, whilst the German GfK consumer confidence index reading came in at 10.4 for May.

The slew of optimistic prints was later matched by Germany’s unemployment count falling significantly in April by -12k and the E.Z. unemployment rate coming in at 7.7%, a fall from 7.8%. Eurozone GDP growth came in at 1.2%, ahead of the 1.1% reading expected. The euro experienced gains versus many of its peers during the morning sessions, EUR/USD traded up 0.25%, at 1.120, as the bullish price action caused price to breach R2. The rise needs to be kept in context against a fall in USD, versus the majority of its peers.

Sterling rose versus the majority of its peers during the early sessions, the rise wasn’t related to any economic calendar publications, or breaking news events. The rise in GBP/USD was partly due to general USD weakness across the board; at 9:40am U.K. time the dollar index, DXY, traded at 97.66 down -0.22%, therefore GBP/USD enjoyed gains, trading up 0.30% and at 1.297 the major pair crawled back above the 200 DMA, sited at 1.296, whilst breaching R2 and threatening to reach the 1.300 round number/handle. GBP also recorded early sessions’ gains versus its major peers, with the exception of JPY, a currency which could be subject to rogue readings, influenced by the ten day extend holiday period Japan is experiencing, as a new emperor ascends to the throne.

During Tuesday afternoon and during the New York trading session, a slew of North American data will be published. The latest Canadian GDP data will be released at 13:30pm U.K. time, forecast to show 0.00% growth in February, resulting in a fall to 1.4% annual growth from 1.7%. A reading which (if met) could impact on the value of CAD, particularly if institutional FX traders, are caught off guard by the results.

From the USA the latest Conference Board consumer confidence reading will be broadcast at 15:00pm, expected to reveal a rise, coming in at 126.5 for April. Various Case Shiller house price readings will be published during the afternoon session, the key high impact metric is the 20 city composite reading, forecast to show a drop in house prices from 3.6% to 3.1% year on year up to February. Pending home sales in the USA for March, on a YoY basis, will also be published.

Traders who trade the Australasian currencies; AUD and NZD pairs, need to remain vigilant to data published late evening on Tuesday, as the Sydney trading session begins. There’s a raft of data published beginning at 23:45pm U.K. time, which could impact on the value of NZD, and the closely aligned AUD currency. Reuters are forecasting overall improvements in the unemployment/employment figures for N.Z., which could have a positive effect on the value of NZD, increasing volatility during a time when liquidity will naturally reduce, as the key FX markets in Europe and New York are closed.

« U.S. equity market indices print record highs, as USD falls versus major peers. Whilst the FOMC are predicted to keep the key interest rate at 2.5%, FX analysts and traders will quickly turn their attention to the press conference held by the Fed chief. »