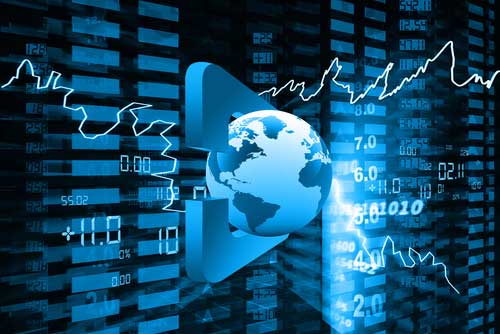 As one might expect, every bit of information regarding forex spreads is important. It is for this very reason that beginner and expert traders alike spend so much time gathering facts about such an important aspect in currency-exchange pursuits. While it cannot be denied that gaining insights about spreads is not that difficult, it is also undeniable that it is likely for one to miss some crucial bits of information during the entire knowledge-building process. Those who believe that they might have overlooked certain facts should not worry at all, as learning about the often-unnoticed facets of spreads is as simple as reading on.

Those who are just beginning to appreciate the moneymaking potential of forex trading are probably unaware that there are instances in which major news releases happen to be among the reasons why forex spreads fluctuate. As a matter of fact, even before such finance-related reports are published and made known throughout the world, spreads begin to noticeably widen. The main reason for such a phenomenon is that brokers and bankers make it a point to proactively protect themselves from the ill effects that such news might bring: widening spreads is a means to control the flow of the currency-exchange market to a degree.

While it is indeed surprising to realize that spreads change due to reports, it is also quite perplexing to find out that holidays have a significant effect on such a vital facet in trading. To explain, holidays are synonymous with the lack of activity in relation to full-time traders, broker companies, and banking institutions. As a result, the currency market’s liquidity would cease to exist: although only a handful of people opt to trade during such occasions, spreads readily fluctuate with the slightest of actions and hence remain considerably wide. Simply put, trading during the holidays is never a good idea.

Aside from learning of such intriguing facts regarding news releases and holiday trading, those attempting to broaden their knowledge of forex spreads should also pay attention to the matter of after-hours trading. While some might hastily assume that engaging in transactions after business hours is most suitable for those who wish to maximize each trading day, it is undeniable that experts often associate such an endeavor with risks. For reasons similar to those of holiday trading, “after-hours” currency-exchange pursuits necessitate traders to accept the fact that they are likely to lose profit due to wider spreads.

To reiterate, major reports regarding the world of finance has the potential to trigger considerable shifts in spreads. In most cases, even before such stories are released, spreads already widen to an extent. As also emphasized in the discussion, holidays are more than capable of causing undesirable changes in spreads: to put it simply, the arrival of such occasions always leads to a considerable pip-gap widening. Of course, after-hours trading is linked to adverse spreads due to the lack of activity. All in all, even though gathering information about forex spreads is time consuming, such an undertaking brings forth true trading wisdom.