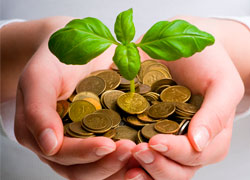 Dec 9 • Forex Trading Articles • 7563 Views • 9 Comments on Forex Position Trading; Learn To Buy Like A Trader, But Hold Like An Investor

Thomas F. Basso was a stock and commodities trader who was president and founder of Trendstat Capital Management. He is the author of two books, “Panic-Proof Investing” and the self-published “The Frustrated Investor. In 1998, he was elected to the board of the National Futures Association.

Tom Basso often tells tells the story of the new trader who approaches an old Trend Follower and asks; “where’s your objective on this trade?” The old Trend Follower replies that his objective is for the position to “go to the moon!” He says, “I have not had one get there yet, but maybe someday”. When you trade as a Trend Follower, your objective is to stay in a position forever. You don’t want to think about exiting. Of course, you have a plan for exiting long before you enter the trade, but the idea is to follow the trend as far as it will go up…

In the first part of this two part article we covered the reasons why many traders are either attracted to, or gravitate towards position trading. We also established that it’s an impossible method of trading to attempt, (if the trader is expecting to draw a regular wage out of the market), unless the trader is significantly well capitalised. If the trader requires a salary of circa €30,000 euros a year then a terrific return would be 3% per month circa 36% per annum. This is not withstanding the factor of compounding if the trader doesn’t have to regularly draw down from the account’s gains. Position trading can still be an extremely effective method for part time traders, using a relatively small account, if they’re otherwise employed and don’t have to rely on the profits, or be overly concerned by the losses on their account.

Before engaging further discussion on the relative merits of position trading individual traders should gauge their own personal levels of risk tolerance before committing to position trading. Whilst risk is relevant to position size, placing stops at the most recent highs and lows, requiring stops of circa 200-250 pips, can be extremely difficult for many intraday traders to tolerate. Similarly the emotions can be stretched if an individual trade and trader is ‘underwater’ for several days.

Every method of trading has it’s unique features and attributes, with certain methods such as ‘fire and forget’ scalping, you become conditioned to accepting a small loss and can visualise the next winner or series of winners happening quickly thereafter, with position trading the concept is entirely different. Traders can experience a series of losses that can be extremely uncomfortable. Whilst it’s all relative to position size if you position trade more than one currency, perhaps 3-4 and allow your total risk across the four to be circa 4%, a losing streak can be difficult to contend with.

It’s worth recalling the old adage regarding the market ranging for circa 80% of the time and only trending for the remaining twenty percent. During that range period the embedded consolidation periods can be extremely taxing and frustrating to many traders as they patiently wait for another opportunity.

Let’s begin by looking at the text book definition of a position trader;

“A type of trader who holds a position for the long term (from months to years). Long-term traders are not concerned with short-term fluctuations because they believe that their long-term investment horizons will smooth these out. Many position traders will take a look at weekly or monthly charts to get a sense of where the asset is in a given trend. Position trading is the polar opposite of day trading because the goal is to profit from the move in the primary trend rather than the short-term fluctuations that occur from day to day.”

Now let’s add my own description;

There is an ‘overlap’ in description were position trading is concerned, particularly when we use the word “trend”. Swing traders can be described as trend traders as can position traders and if we refer to our chart, graphically illustrating the swings the Aussie has experienced over the past three months, then would we class these superb trends as swing trades, or position trades? I’d favour the latter description given they fundamentally match the macro economic policy decisions being made at the time of each swing/trend/position change..

The phrase; “let the profits run cut the losses short” is one of most overused in the forex trading community. Cutting losses short is one of the most difficult decisions facing position traders given that it’s not uncommon to generate a signal from your preferred set-up, to then be circa 150-200 pips offside, but watch your trade eventually come good after several days. The HH or LL at the turning point of the price action often averages at 250 pips. Trading in a single lot only this can require an immediate risk of circa €800.

There is also a massive difference and objective in position trading vis a vis other methods, position traders do not necessarily aim to have more winners than losers. Instead, they look for opportunities were the potential reward is perhaps three times greater the risk. Even though there’s an inherent risk of incurring more losers than winners effective position trading strategies should allow traders to absorb losses and still generate profits. By allowing the trades to run the profits should show a greater risk/reward than the losses. In theory, with a single winning trade recent previous losses can be overcome. 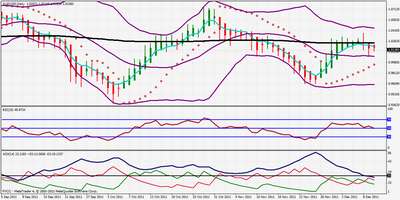 Many investors would testify that the fastest and most risk free way to make money in the markets is by identifying a change of trend in the market as early as possible. Then take take a position in the market, ride the trend and close your position shortly after the trend reverses. In its most basic form, market trends are either “up”, “down”, or “sideways”. Usually position traders will buy into an up trend, sell into a down trend, and stay out of the market when it isn’t doing either (moving sideways/consolidating).

Where’s The ‘Sentiment’ Indicator?
What can traders use to time their entries into the position trade, can we use; Bollinger bands, RSI, MACD, OBV, stochastics, ROC, Williams %R, P/E ratios, momentum, Advance/Decline lines, pennants, flags..? Traders can pick anyone of the combination of indicators that have served well previously, but will they work? Probably not as well as the money management and discipline techniques that have been honed and developed over during previous trading experiences.

However, one of the advantages with position trading is that it’s relatively straightforward to spot the potential turn in trend, particularly given that many of the indicators created by revered mathematicians were developed for long term stock trading and not intraday trading or scalping.

Many traders would argue that the mathematical purity of indicators is severely compromised the further down the time frames a trader trades. Therefore traders could choose one out of each of the four suggested indicator groups and pick a ‘winning entry’ system, however, as many traders have realised the wining entry doesn’t always equal a winning trade.

The key to successful position trading is similar to that in other formats, with the exception that the trader has to keep well informed on the reasons why a currency pair may have suddenly moved. The sentiment indicator is a ‘whole of market’ indicator, when sentiment has changed the whole of the market moves, suggesting it’s now time for the trader to take a position in the market.