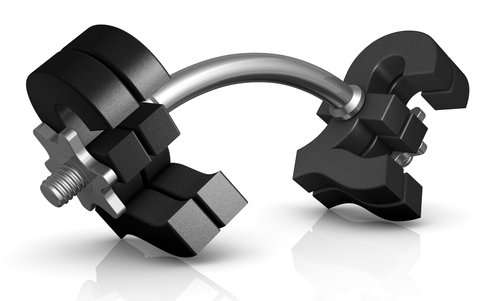 The pound continued to trade strongly against the US dollar on the back of forex news that the European Central Bank (ECB) was preparing an unlimited bond buying plan to help the currency bloc’s most troubled economies. The GBP/USD reached 1.5934, its highest level since May, before consolidating at 1.5908. Analysts believed that the currency pair would reach its support level at 1.5801 and its resistance level at 1.5998. Meanwhile, the pound also traded steady against the euro, with the EUR/GBP hitting 0.7918.

Details of the ECB’s bond buying proposal, which were leaked by sources, showed that the Bank would undertake “unlimited” and “sterilized” buying of government bonds with maturities of as long as three years, but would not set public yield targets. There were also strong conditions attached to the plan, with the Bank selling off the bonds if these conditions are not met.

While market reaction to the reported proposal was generally positive, traders await for the more or less complete details of the plan, with analysts expressing speculations that there would be disappointment if there was nothing more to the program than what has already been revealed. The ECB did not confirm or deny the reports. The market, however, is awaiting the official announcement of the details of the plan, which would take place one day after the Bank’s policy meeting, which is scheduled to take place Sept. 6, Thursday.

Also adding support to the pound’s strength was forex news that its service sector was showing several signs of recovery. The Purchasing Managers Index, which records activity in the services sector, grew to 53.7 in August from 51 in July, way above the crucial 50 level which indicates that the sector is expanding. The August PMI was its best reading since March and marked twenty consecutive months of growth in the sector; the services sector accounts for 70% of all economic activity in the UK.

The positive services sector index was supported by a number of improvements in the manufacturing PMI, which rose to 49.5 in August from 45.2 in July. However, the overall economic picture in the UK continued to be mixed as the construction PMI contracted slightly to 49.0 in August from 50.9, and the combined PMI index increased to 52.2, indicating that the economy experienced mild expansion. The relatively upbeat forex news is expected to ease pressure on the Bank of England to impose new quantitative easing measures.

The Bank’s Monetary Policy Committee is set to meet September 6, Thursday, for its monthly rate-setting meeting. With no major negative developments to base rate changes or impose quantitative easing measures, the Bank is seen as likely to maintain base interest rates at 0.50% for the 43rd month in a row while the amount set for the asset purchase program under QE will stay at £375 billion.

More QE measures are likely to be imposed in the future based on forex news on third quarter economic growth, as well as the effects of the euro debt crisis on the economy. However, the general consensus among analysts is that base interest rates are set to remain at their present levels at least until 2014.