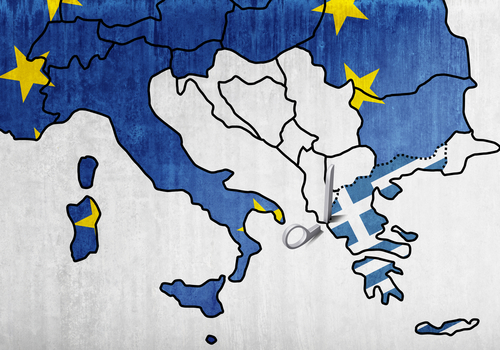 While countless individuals seem to be focused on the outcomes of recent college football games, especially the matchup between Ohio and Penn State, there are those who would rather pay attention to forex news. Indeed, forex is as dynamic as any sport. After all, currency-trading endeavors are also associated with wins and losses. It is for this very reason that those who are attempting to make money through currency-exchange pursuits should never fail to read about the hottest news about the global currency market. There is no need to worry about exerting too much effort though, since remaining updated is as easy as reading on.

One of the most talked-about forex news pertains to the possibility of Greece leaving the Eurozone. Even though most people believe that the abovementioned country should escape the influence of the economic and monetary union so as to be able to undergo a phase of recovery, concerns about the damage that such a course of action would bring are beginning to emerge. Specifically, economic experts are claiming that if ever Greece would finally leave the Eurozone, Germany would suffer from a sudden and significant increase in unemployment rates. Simply put, as long as the issue remains unresolved, the Euro remains unquestionably vulnerable.

Related forex news regarding the aforesaid currency has also grabbed the attention of traders worldwide. In particular, Spain’s current economic woe, which has led to a bailout being granted, has caused concerns among those who trade the Euro against the US Dollar. Nevertheless, Spanish Prime Minister Mariano Rajoy gave a “calming” announcement, pointing out that Spain would not immediately make use of the bailout package. While the Spanish Prime Minister’s words brought forth slight improvements in the EUR/USD pair, analysts believe that a continuous economic decline is still to be expected and thus, caution is necessary.

While the forex news discussed above are rather concerning, one would surely be equally worried by the following development: the sheer anticipation for Federal Reserve Chairman Ben Bernanke’s pro-stimulus speech merely led to an improvement in the EUR/USD pair’s rates that almost did not allow for profitable trading opportunities. As a matter of fact, the “spike” in value only lasted until the very moment that the details of the actual speech have been made public. Once again, this means that those who primarily focus on the Euro while trading would have to expect that the worst is yet to come.

The most recent developments in the global economy primarily pertain to the European Union’s continuing problems. To reiterate, the possibility of a Greece exit has been associated with calamitous effects on Germany’s employment rates. As also emphasized, even though the Spanish Prime Minister made it clear that the bailout package would not be utilized right away, it is undeniable that Europe’s economy would nevertheless continue to worsen. Of course, even Bernanke’s speech only led to a mild and fleeting improvement in the EUR/USD pair’s rates. All in all, to be prepared against the worst, remaining updated on forex news is a must.