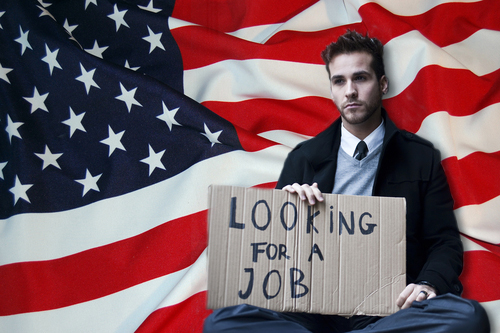 Families and groups of friends spent the holiday on picnics and gatherings that spelled the end of summer but Labor Day forex news on the financial front do not leave much cause for celebration. Labor figures remain at the 8% levels, still several notches up from where the US government wants it to be. But, employment experts still assert that there are certain industries that continue to offer job opportunities for those who are qualified. Particularly cited for job viability are the healthcare services and the technology and information services industries. Despite this hopeful projection for the job market, Labor Day forex news showed the USD shedding particularly as against the European currencies EUR and GBP.

Labor Day forex news reported that the USD ended the week at 1.2574 EUR/USD and at 1.5865 GBP/USD. Although enjoying a slight uptick against the USD, the EUR faces its own challenges as mixed signals manifest in the region. The region reported similar skyrocketing jobless rates as the US, quoting a new high of 11.3% as at end of July. Inflation rates are also 2.6% higher in August for the Eurozone region. Analysts and policy makers at the European Central Bank (ECB) are still at a quandary as to how to address this various issues to support currency prices and to keep the region’s economic problems from worsening.

The decline of the USD as reported in Labor Day forex news, experts believe, can still be corrected given certain assertions from the Feds on more concrete plans to further stir economic growth. The Jackson Hole central banker symposium that everyone has been waiting for was supposed to have shed light on the government’s plans particularly for the third round of Quantitative Easing as part of the stimulus package of the Feds. Ben Bernanke’s much-awaited speech, however, failed to give a commitment as to whether the QE will indeed be rolled out and when it will be implemented. Bernanke stated that he is in favor of such an economic stimulus but failed to reveal anything more. He also expressed concern about the immediate need to address the nation’s unemployment problems.

Germany is likewise seeing a continued rise in its unemployment figures with a five-month increase in its jobless statistics. This presents some vulnerability on EUR prices, as does the uncertainty in Spain’s bailout. This notwithstanding, indications are strong that investor confidence is still high with bond prices in Spain and Italy showing an uptrend. An absentee at the Jackson Hole symposium, ECB president Mario Draghi remains steadfast in his position that all measures will be exhausted to keep the Eurozone from crashing. Through these mixed signals, prices of the EUR and the USD are fluctuating wildly on various periods.

Labor Day forex news reports put eyes watching the EUR/USD currency pair closely as various parallel economic conditions and fiscal policies come into play. Intraday figures show both currencies fighting to hold their position amidst the speculations and adverse market conditions. Until concrete action and clear implementing guidelines are issued to address the various economic problems faced by the US and the Eurozone, trading will be a test of resilience for both the USD and the EUR.