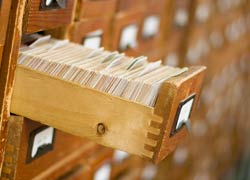 Fundamental analysis looks to establish the intrinsic value of an investment, applying this methodology in forex trading requires observing the economic conditions that affect the valuation of a nation’s currency. Here are some of the major fundamental factors that affect the movement of a currency.

Reports are released at scheduled times, providing indicators of whether a nation’s economy has improved or declined. In forex, as in the stock market, any deviation from the norm can cause large price and volume movements.

Some of these economic reports, such as the unemployment numbers, are well publicised. Others, like housing stats, receive little coverage. Each indicator serves a particular purpose. Here are four major reports, some of which are comparable to particular fundamental indicators used by equity investors:

The Gross Domestic Product (GDP)
The GDP is considered the broadest and arguably best measure of a country’s economy, as it represents the total market value of all goods and services produced in a country during a given year. GDP is considered a lagging indicator, traders focus on the two reports that are issued in the months before the final GDP figures; advance and preliminary reports. Significant revisions between these reports causes volatility.

Retail Sales
Retail-sales reports measures total receipts of retail stores in any given country. The measurement is derived from a diverse sample of retail stores in a nation. The report is useful as it’s a timely indicator of consumer spending, adjusted for seasonal variables. It’s used to predict the performance of other important lagging indicators, and to assess the immediate direction of an economy. Revisions to advanced reports of retail sales causes significant volatility. The retail sales report can be compared to the sales activity of a publicly traded company.

Industrial Production
This report illustrates the change in the production of factories, mines and utilities within a nation. It reports ‘capacity utilisations’, the degree in which the capacity of each of these factories is being used. Ideally a nation should see an increase of production whilst being at its maximum (or near maximum) capacity utilisation.

Traders using this indicator are concerned with utility production, which can be volatile since the utilities industry, and the trading of and demand for energy, is heavily affected by changes in weather. Significant revisions between reports can be caused by weather changes, which causes volatility in the nation’s currency.

Consumer Price Index (CPI)
The CPI is a measure of the change in the prices of consumer goods across over 200 different categories. This report, when compared to a nation’s exports, can be used to monitor if a country is making or losing money on its products and services. To monitor the exports can be tricky as the prices of exports often change relative to a currency’s strength or weakness.

Some other major indicators include:

How Do Forex Traders Put These Reports To Work?
Economic indicators establish a country’s economic state, changes in the conditions reported will directly affect the price and volume of a country’s currency, however, the indicators listed above are not the only factors that affect currency price. There are third-party reports, technical factors, and many other issues that can drastically affect a currency’s valuation.

A Few Tips For Conducting Fundamental Analysis In The Forex Market

Summary
There are many economic releases and there are more private reports that can be used to evaluate the fundamentals of forex. It’s important to take time to look at the numbers and to understand what’s being translated and how these reports affect a nation’s economy. When properly used these reports and indicators of a country’s or state’s performance are a priceless resource for currency traders.

« Are Forex Traders Born And Not Made? Is The Dow Jones Industrial Average And The SPX Overbought? »