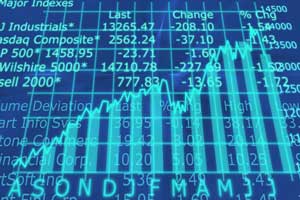 Forex Charts and the Patterns They Reveal

Exactly what do you look for when you look at forex charts? It might look nonsensical to those who do not trade in the foreign exchange market but the lines and bars in these charts actually form patterns that have been studied over time by financial market experts. Years of studies and actual trading experience have gone into identifying specific patterns that are considered indicative of price movements that are expected to be profitable. The fact remains that there is nothing certain in forex trading. But, with these forex charts, experts have been able to closely predict price movements given certain conditions.

On candlestick forex charts, you can see currency prices plotted over your choice of period. The basic pieces of currency information that are plotted by each candlestick are opening, closing, high, and low prices during the time frame chosen. A series of these candlesticks are laid out for each time increment for a specific duration, for example, a one minute quotes for a 4-hour chart.  Making sense out of these candlesticks takes a keen eye in spotting patterns and discerning if economic and market conditions are ripe for a profitable trade. Several basic patterns can indicate a reversal or a breakout to catch on a trade, or a generally bearish or bullish market to keep holding on to a specific currency pair for more profits in later trades.

Some of the interesting patterns that are revealed by candlestick forex charts include: