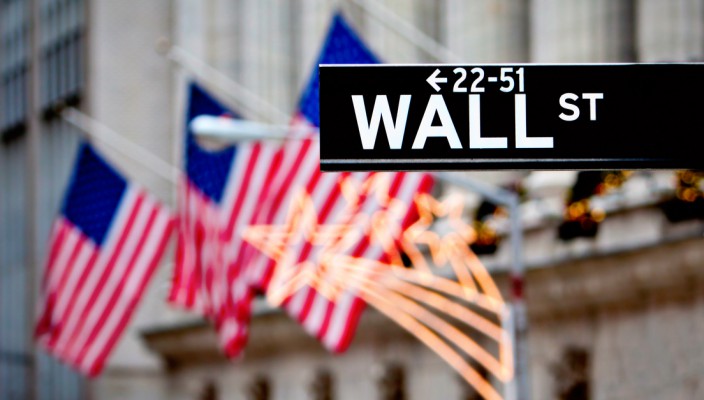 All market participants will be watching the futures market for USA indices when markets open across Asia and in Sydney on Sunday evening/Monday morning. Once European markets open a clearer picture may emerge regarding any short term sentiment damage last week’s sell off in equities may have caused. However, it’s not until the New York session will the wider picture emerge. Recent retail investors in the SPX, DJIA and NASDAQ (from mid-2017 onwards) will have been delivered a short sharp shock and lesson regarding the inevitability that markets can also fall and not just rise. It may take a while for sentiment to return, or collectively investors may shrug their shoulders and continue to bid prices up to fresh record highs, what is for sure is that we’re awaiting the most eagerly anticipated Wall Street Open in many months.

Many analysts will cite that the USA debts and various deficits should be ignored and the ‘print your way to prosperity’ model which has existed since 2008, is alive and well; the NFP number came in way ahead of forecast on Friday at 200k for January, unemployment remained at 4.1%, hourly earnings are up 2.9% YoY and the university of Michigan sentiment survey rose. Other analysts will suggest that at some stage, when you’ve trebled a national debt since 2008 and taken govt. borrowing up to 106% of GDP, with a deficit approaching 6%, then something has to give; the FOMC and U.S. govt. have to control both spending and stimulus, if not then the squall on the horizon could become a hurricane.

The main USA equity index, the SPX, fell by circa 4% last week, the biggest weekly fall since early 2016, the index closed down by 2.12% on Friday. Analysts and financial mainstream media journalists, scrambled around for reasons to explain and justify the fall, was it; profit taking, USA ten year treasury bonds approaching the critical 3% rate, earnings season not matching up to expectation, etc.? But there was one overall explanation conspicuously absent; a circa 30% rise YoY from a relatively high level, could have simply caused an inevitable and relatively small sell off.

The SPX was at record highs at the start of 2017, having risen by circa 10% in 2016. The index has risen from circa 2,000 at the start of 2016, to a high approaching 2,900 in early 2018, in two years the index rose by approximately 38% up to the end of January. Putting that in context; if many hedge funds had simply “bought the SPX index” over the past two years, then at 38% growth they’d have beaten the performance of the vast majority of funds.

The all-time high of the SPX is 2,872, Friday’s close was 2,762, a fall from the peak of 3.98%, there’s still a significant gap before we can call a correction, which is acknowledged as being a 10% drop from the peak. We’d need to witness a fall of circa 287 points until a correction could be called, taking the index to approaching the critical handle of 2,500 before we could call such a correction. This record level was finally breached in September 2017, a level that was then celebrated by analysts on, for example, Bloomberg news as if signifying a stunning victory. So a correction of 10% would simply wipe off 4-5 months gains/profits and take the SPX back to September levels.

It must also be noted that the sell off during last week wasn’t contained to USA equities, Asian markets also fell, Europe caught the contagion and ironically Deutsche Bank, who warned of the risk of a contagious correction, were caught up directly in a sell off; their shares falling sharply as results disappointed markets and once again questions regarding the bank’s overall liquidity/solvency/profitability were raised.

The U.S. dollar has fallen significantly so far in 2018, and despite Friday’s modest recovery versus a basket of its peers, with the dollar index ending the day up circa 0.8%, USD is still down year to date. An unusual aspect of Friday’s risk off environment related to the lack of investors looking to take refuge in safe haven investments; gold crashed to the S3 level, closing down circa 0.8% on the day, whilst other traditional havens, such as yen and Swiss franc, also failed to gain bids; USD/CHF and USD/JPY closed up on Friday by circa 0.3%, GBP/USD closed owned approx. 1%.

Monday is a relatively quiet day for economic calendar news and releases, a cluster of Markit services and composite PMIs for Europe are published for; Italy, France, Germany, the U.K. and the wider E.Z. The non-composite manufacturing and services PMI from ISM for the USA is published, the ISM reading carries far more weight in the USA for the USA than Markit’s PMIs.

« WEEKLY MARKET SNAPSHOT 5/2 – 9/2| Interest rate decisions are the main focus of the upcoming calendar week as: Australia, New Zealand and the U.K. central banks all reveal their decisions Dow Jones Index falls below 24,000 intraday, as global stocks sell off, sterling falls due to Brexit and economy fears »