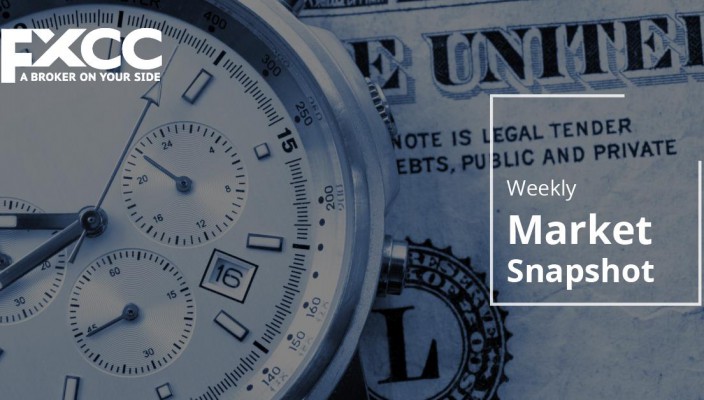 WEEKLY MARKET SNAPSHOT 5/2 – 9/2| Interest rate decisions are the main focus of the upcoming calendar week as: Australia, New Zealand and the U.K. central banks all reveal their decisions

Feb 2 • Is The Trend Still Your Friend • 6239 Views • Comments Off on WEEKLY MARKET SNAPSHOT 5/2 – 9/2| Interest rate decisions are the main focus of the upcoming calendar week as: Australia, New Zealand and the U.K. central banks all reveal their decisions

After the FOMC and ECB met this week, to reveal their no change policy on key interest rates, it’s the turn of both Australasian central banks and the U.K. BoE, to announce their latest decisions. All three C.B.s are forecast to leave rates unchanged. However, the focus (as always) quickly turns to the narrative (published or delivered in the form of a press conference) rather than the actual decision, particularly if it’s a hold of the current interest rate/s. The U.K. will also publish a raft of information regarding the: trade balance deficits, manufacturing, industrial and construction output.

In other news, there’s plenty of Markit PMIs to be aware of when they’re published, as despite being soft data analytics, these leading indicators can provide valuable insights into purchasing managers’ overall sentiment and levels of optimism. Whilst the two engines of growth in Europe and Asia; Germany and China, will be publishing their latest figures on imports and exports.

Early Monday morning begins with the results of New Zealand’s dairy auctions, these are vital metrics regarding the overall economic health of the country, given the country’s reliance on dairy exports to Asia. Japan’s composite and services PMI numbers will be published, as will China’s Caixan PMIs, also for composite and services, with the latter forecast to fall to 53.5 in January, from 53.9. After European markets open, the latest composite and services PMIs for: Italy, France, Germany, United Kingdom and the wider Eurozone will be released, as leading indicators these cumulative numbers are watched for any signs of sentiment change, amongst purchasing managers. The Eurozone Sentix investor confidence reading will be published, as are the latest retail figures for the E.Z. Markit also publish services/composite PMIs for the USA, whilst the ISM non-manufacturing/services reading for January will be revealed, forecast to rise marginally to 56, from 59.9.

Tuesday begins with a raft of economic calendar releases concerning Australia, such as; retail sales and the trade balance, culminating with the Reserve Bank of Australia’s latest decision on the key interest rate (cash rate), forecast to remain at 1.5%. As European markets ready for open, the latest German factory figures will be published, after 8.7% growth recorded in December, this January figure will be carefully watched. Germany’s construction PMI from Markit is revealed, as are retail PMIs for: France, Germany, Italy and the Eurozone.

As focus turns to the USA, the latest trade balance figure for December will be delivered; forecast to come in at $50b. Jolts job openings will be published and Fed official Bullard will deliver a speech on the U.S. economy and the Fed’s overall monetary policy.

Late evening we receive a raft of info. on New Zealand’s economy, primarily concerning unemployment and employment; the unemployment rate is forecast to remain unchanged at 4.6%, as is the participation rate at 71.1%. The evening closes with the latest reserve figures for Japan, which came in at $1264b for December.

Wednesday continues the reserve figures theme, as China publishes its latest January figure; $3139b for December. Japan’s labour and real cash earnings figures are released, the leading and coincident index close off Japan’s data releases, for the Asian (morning) session. As Europe prepares to open, Germany’s industrial production figure is published, at 5.6% YoY in December this figure is predicted to remain unchanged. The Swiss authorities publish a real estate bubble index and the SNB reveal their reserves for January, the December level was 743b francs. Consumer credit figures for the USA will be carefully monitored, for signs of consumer borrowing reaching stress levels, the prediction is for a significant fall to $19.3b in December, from the pre Xmas level of $27.95b of November. Mortgage application data is published for the USA and staying on the housing theme, Canada’s latest building permit numbers are delivered, analysts will be looking for an improvement on the -7.7% delivered for November.

New Zealand’s central bank the RBNZ will deliver their decision on the key (cash rate) interest rate late evening, its forecast to remain unchanged at 1.75%. Thereafter, a cluster of data from Japan is published, the stand out data publications are: the balance of trade figures, the market operations by the BOJ (in terms of bond buying), and metrics on recent bank lending. Bond buying will be carefully watched, given Japan’s reduction in buying short dated debt, which could be indicative of a change in BOJ monetary policy, leading to a rising yen, medium to long term.

Thursday starts the trading day with significant hard data releases from China; current account, export, import, trade balance, and foreign direct investment levels. The export and import metrics are closely watched given China’s importance as (arguably) the engine room of global growth. Australia’s business confidence growth figure is published, before attention switches to Japan, as the BOJ official Suzuki delivers a speech on monetary policy in Wakayama, coming after the latest Eco watchers surveys are revealed, as are the latest bankruptcy figures and office vacancies for Japan.

European calendar news begins with Germany’s: trade balance, export, import and current account, this series of data is carefully monitored due to Germany’s position as the leading economy within the E.Z. and wider Europe. The ECB publishes its latest bulletin, before at noon (GMT) the U.K. BoE announces its latest decision on the base interest rate, the general consensus is for a hold at 0.5%, with the asset purchase level remaining at £435b.

As attention turns to North America, Canada delivers data on housing starts and house prices, later in the evening Canada’s BOC deputy governor Carolyn Wilkins will deliver a speech. As is traditional on Thursdays; the latest USA weekly unemployment and continuous claims numbers will be published.

Friday begins with Australian data on: home loans, investment lending and the value of loans, the RBA also release their latest quarterly monetary policy statement. China’s CPI figure is forecast to remain at 1.8% YoY. As European markets open the latest Swiss unemployment figure is published, forecast to come in at 3.3%. Then attention shifts to the U.K. as a significant volume of data releases are published, including monthly and YoY figures on: manufacturing and industrial production, construction and the balance of trade deficits with the E.U. and non E.U. An economic research body in the U.K., the NIESR, delivers its latest projection for GDP growth, their last (at 0.6%), proved to be 0.1% out.

As attention turns to Canada’s employment and unemployment stats, the headline unemployment figure is forecast to remain at 5.7%. The list of weekly economic calendar events ends with the Baker Hughes rig count and the latest wholesale trade and inventory data for December.