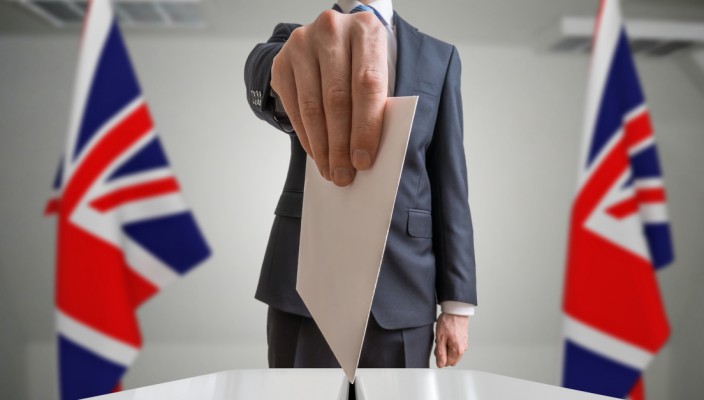 Dow Jones Index falls below 24,000 intraday, as global stocks sell off, sterling falls due to Brexit and economy fears

Whilst focus was turned to the USA markets, as the DJIA shed circa 1,600 points during the intraday slump on Monday, many financial journalists have missed reporting on the recent collapse in European markets. The U.K. leading index – FTSE 100, has fallen by circa 4.5% year to date and on Monday experienced its biggest sell off since prime minister May called her snap election on April 18th last year. It must also be noted that the leading U.K. index is only less than 400 points ahead of its 1999 high. It took the U.K. index over 15 years to break the 1999 record of 6,950 and now, currently priced at 7,334 end of day, the index is only approx. 5.5% above its dot com boom level of 1999. The leading European markets haven’t enjoyed the surge USA equities have experienced over recent years, as the impact of the global recession ended, therefore a correction (of 10%) would wipe off years, not weeks or months, of gains/profits.

European markets caught the sell contagion Asian markets had built up overnight – early morning; the DAX, CAC, STOXX 50 all sold off sharply, the CAC closing down 1.48% on the day. EUR/USD fell by circa 0.50%, with EUR/JPY falling by circa 1.5%. Sterling fell by close on 2% versus yen, and fell versus the majority of its peers, as once again the issue of Brexit caused uncertainty in the U.K. pound. Unlike during the months since the referendum decision was announced, the USA dominated company index the FTSE 100 failed to make gains, in a negatively correlated trade off, as sterling also fell. The Brexit anxiety (from the U.K. side) was generated by Britain’s govt. stating that the country would not remain in the customs union, or the single market. This contradicted the agreement supposedly reached in December, which allowed the negotiations to move onto discussing a trade deal. How that can progress now is anyone’s guess, as is how an Irish border can be avoided, if there’s no C.U. and no single market access.

Several Markit PMIs for the Eurozone were published on Monday, with the majority meeting, or beating forecasts. The services PMI for the U.K. missed forecast at 53.5, hitting a sixteen month low and given the country’s over reliance on imports leading through to services, this miss concerned analysts and investors, at a time when Brexit issues reappeared in the midst of a global equities sell off.

The New York market open was eagerly anticipated with the futures market for the leading USA indices offering up no clues as to the severe sell off that ensued. At one point the DJIA shed over 7% (incidentally the point at which a circuit breaker is triggered for the SPX index preventing further falls) and slumping by circa 1,600 points, before regaining to end the day down circa 1,175 points and 4.60%, the biggest single day’s sell off since 2011. The SPX fell by 100 points and 3.61%, the 2018 YTD gains/rises for U.S. indices are now wiped out. Despite the sell off and bloodbath there was a singularly glimmer of hope regarding the USA economy; the leading ISM non-manufacturing index came in at 59.9, beating the forecast of 56.7 by some distance. The U.S. dollar made gains versus several peers, with the exception of yen and Swiss franc, which acted as safe havens as equities sold off. Gold failed to catch safe haven bids, rising modestly by circa 0.2%, with WTI oil falling by over 2%. Bitcoin fell to 6,600, from it’s circa 20,000 December high, the selloff has now breached the 200 DMA, sited at 7,234.

EUR/USD traded in a wide bearish range throughout the day, falling through S1, falling just short of S2, closing out the day at circa 1.237, down approx. 0.5% on the day. EUR/GBP traded in a bullish range, breaching R2, closing up circa 0.6% on the day, rising above the critical 0.8800 handle to 0.886. EUR/CHF whipsawed in a wide range, displaying both bullish and ultimately bearish, price rose through R1 gaining by circa 0.5%, before reversing direction, crashing through S3, and closing down by over 1% at approx. 1.152.

EVENTS TO LOOK OUT FOR ON TUESDAY FEBRUARY 6th.

Despite the selloff in USA equities, Monday’s lows only takes most equity indices back to late November/ early December 2017 levels. If the next series of earnings come in on target, and job openings are consistent with the optimistic NFP data published on Friday 2nd, then the markets and the value of USD may stabilize. Several Markit retail PMIs will be published for the leading European nations and the wider Eurozone on Tuesday, these will be keenly watched for any signs of consumer weakness. As the E.Z.’s engine of growth, German factory order numbers will be closely monitored, as will be Germany’s construction index, any divergence from the forecasts could see EUR react versus its main peers. With the RBNZ announcing its interest rate decision on Wednesday, unemployment figures will be carefully watched as they’re released on Tuesday evening, naturally NZD could react as a consequence.

« Focus will be on the USA equity markets open after Friday’s rout As the Bank of England’s MPC meet to discuss and announce the U.K. base interest rate, analysts begin to question “when will the inevitable rise happen?” »