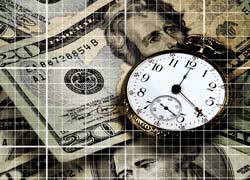 Don’t be upset if you don’t understand why US Treasury yields are falling. Because Jerome Powell is also sitting in bewilderment with you on the same bench.

Bonds have been climbing steadily for several months, despite accelerating inflation to a 13-year high. The textbooks and Wall Street experience say that in such an environment, yields should rise, not fall.

The chairman of the Federal Reserve System spoke out about this vague dynamic when asked about it on Wednesday.

“We’ve seen a significant decline in long-term yields lately,” Powell said at a press conference following the central bank’s monetary policy meeting. “I don’t think there is a real consensus on the reasons for the dynamics noted between the previous and the current meeting.”

The yield on 10-year US Treasuries fell 1.7 basis points to 1.22% after the Fed meeting, continuing to fall from a one-year peak of 1.77% in late March. More strikingly, the 10-year real yield, which some investors see as an indicator of long-term economic growth projections, fell to new all-time lows at minus 1.17%.

Powell did name three possible explanations for the recent decline in bond interest rates. First, this was partly due to a drop in real yields as investors began to fear a slowdown in economic growth amid the spread of the Delta strain of coronavirus. Second, investors’ inflationary expectations have weakened. Finally, there are the so-called technical factors, “to which you refer things that you cannot quite explain,” he said.

Some investors agree that technical factors such as traders pulling out of bad timing and Treasury short positions have contributed to the decline in yields. Others attribute this dynamic to $120 billion in monthly bond purchases by the Fed. Moreover, some investors even blame the Fed for signaling early stimulus plans. Their logic is that by moving away from its pledge to remain committed to a new strategy of keeping interest rates low, the Fed risks undercutting economic growth, and this keeps long-term yields low.

Powell on Wednesday dismissed suggestions that investors question the Fed’s credibility, saying the central bank’s approach to politics is “well understood.” However, when the Fed raises rates, the “real test” will come later, he said.

The Fed’s Open Market Committee (FOMC) kept its key rate range at 0-0.25% on Wednesday and reaffirmed a $120 bn/month asset purchase plan before “substantial further progress” on employment and inflation.

Thus, members of the Federal Reserve are approaching conditions in which they can start cutting back on massive support for the American economy. However, Chairman Jerome Powell said it will take some time before that. The economy has shown progress towards these goals, and the committee will continue to assess progress in upcoming meetings, the FOMC said in a statement following the meeting.