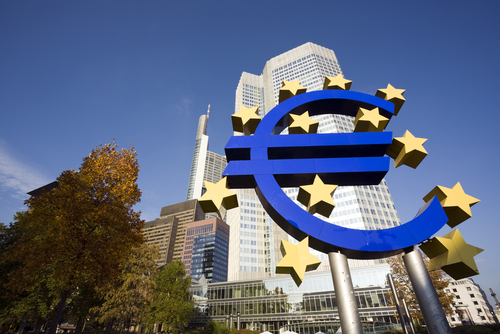 The EUR/USD traded within a narrow price range as the market awaited forex news regarding the results of the policy meeting of the European Central Bank. During September 3’s morning session trading, the currency pair reached a low of 1.256 before consolidating at 1.2573. Analysts predicted that the pair would reach the support level at 1.2492 and the resistance level at 1.2636.

The biggest forex news of the week, and possibly the year, is the ECB’s policy setting meeting on September 6, during which it is expected to announce new measures to help deal with the Eurozone’s sovereign debt crisis. Markets are expecting that the Bank would likely purchase bonds from the struggling European economies of Italy and Spain in order to lower their borrowing costs. However, the influential German central bank, the Bundesbank, has expressed opposition to the plan due to concerns that it may increase inflation while easing the pressure on heavily indebted European economies to implement much needed reforms. Bundesbank chief Jens Weidmann was reported to have nearly resigned from his post several times over the past weeks due to his opposition to the plan, but was persuaded by the German government to stay. Meanwhile, other ECB policy makers were reported to have tried to assuage Weidmann’s concerns by pointing out that the plan would actually not play down the need for reforms.

ECB President Mario Draghi is expected to announce details of the buying plan after the meeting, which involves requiring European countries who want the ECB to buy their bonds to seek assistance from the Eurozone’s rescue fund, which would require the countries to put economic reforms into place as part of the bailout. The plan is intended to give Eurozone governments to deal with legal and political obstacles to a longer-term response to deal with the debt crisis.

Meanwhile, forex news regarding last week’s talk by Federal Reserve Chair Ben Bernanke continued to put the dollar under pressure. Bernanke, speaking at the Fed’s annual Jackson Hole symposium, had refused to specifically commit to a fresh round of economic stimulus measures, although he said that they would act as required in order to strengthen economic recovery. He also stressed that the weak US labor market was a grave concern for them, which many analysts said was a strong indicator that a fresh round of quantitative easing measures would be announced at the Fed’s September 12 policy meeting.

Forex news on August non-farm payrolls from the US Department of Labor showed that they remained unchanged, the weakest performance since they had fallen in September 2010. Market sentiment was that payrolls would increase by 53,000 to 68,000 based on surveys conducted among various economists. The report added that payroll counts as well as average hourly earnings all fell, while the average workweek was down to 34.2 hours. Many analysts believe that the payroll data indicate that the US may once again have slipped into a state of recession; at the very least, they said, the figures cast a pall over the sputtering economic recovery and may finally force the Fed to act.