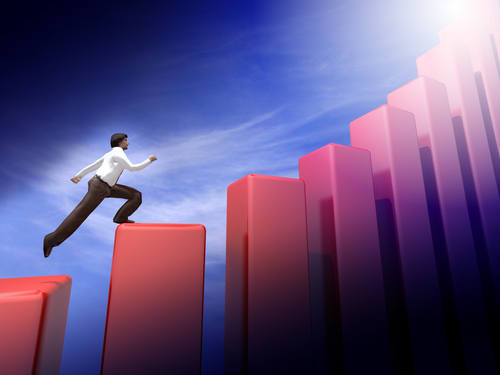 EUR/USD Trades Higher on Back of Threatened US Credit Downgrade

The euro traded to a four month high against the US dollar following forex news of a threatened credit downgrade against the US. The EUR/USD traded at 1.2840 at morning US trade, its highest level since May 15, before consolidating 1.2830. Analysts said the currency pair would likely reach its support level at 1.2753 and resistance level at 1.2903.

Forex news had reported that Moody’s Investor Service on September 11 warned that if US Federal budget negotiations failed, it would downgrade its “AAA” rating for US government debt. If the US Congress fails to reach a budget deal by November 23, some $1.2 trillion worth of tax increases and spending cuts will be implemented by January 2, 2013, a situation that is likely to cause the country to slide back to recession while causing unemployment to rise.

A downgraded rating would increase the US cost of borrowing by increasing the amount of interest it would have to pay on some $16 trillion worth of outstanding debt. Moody’s had already cut the outlook on US debt to ‘negative’ in 2011 following partisan political wrangling between Congress and the White House on raising the US debt ceiling that came close to causing the country to default on its external debt obligations.

The US dollar continued to stay under severe selling pressure from investors on anticipated forex news that the US Federal Reserve would implement a third round of quantitative easing following its Federal Open Market Committee policy meeting on September 13. The FOMC is charged with setting interest rate policy as well as the money supply.

Expectation that the Fed would finally act to strengthen the US economy by easing interest rates increased following the release of disappointing employment figures last week. According to the Labor Department, the economy added just 96,000 new jobs in August, while revised figures for June and July showed that 41,000 fewer jobs were created compared with initial estimates. An average of just 139,000 new jobs was added per month since the beginning of the year, compared with an average of 153,000 in 2011.

Meanwhile, demand for the euro continued to be strong on market expectations that the German constitutional court would make its ruling on September 12 on the constitutionality of the eurozone’s European Stability Mechanism (ESM). Critics of the ESM had asked the court to issue an injunction against the permanent bailout fund, claiming that it violated the German constitution. The court is also set to rule on a challenge to the eurozone fiscal pact, which would grant Brussels, the de facto capital of the EU, increased powers to regulate and oversee national budgets and impose sanctions against those who violate its rules.

Critics of the two mechanisms claimed that they should be subject to a public referendum that would result in a change in the constitution rather than just being ratified by Congress. It had initially been reported that the court might delay issuing a ruling, bad forex news that would have negatively affected the currency and bond markets, which are already suffering jitters while awaiting the court’s decision.