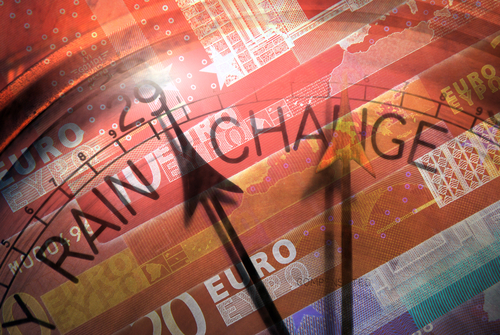 Encouraging Updates about an Ever-Changing Economy

As to be expected, while countless people continue to talk about the release date of Apple’s iOS 6, traders who are truly serious about their moneymaking efforts never cease to discuss the latest forex news. After all, no matter how interesting the next-generation mobile operating system might be, it would never be at par with the currency market in terms of providing fascination and excitement. Indeed, forex trading is among the most dynamic of pursuits, which means that being one step ahead is always a must. It is for this very reason that it would be most advantageous to read on.

Those who continue to trade the Australian Dollar against other popular currencies would definitely be pleased by the following forex news: recent talks about the Bank of Japan’s planned strategies to quickly “boost” the Yen have made Australia’s currency much “stronger”. Aside from this, analysts have noticed an improvement in the prices of commodities in various regions of the world, which means that the Australian Dollar might just become even more appealing in the coming days as the global economy could be entering a phase of “optimism”. Simply put, the currency market is becoming even more interesting as of late.

While not as encouraging as the previous forex news, the following piece of information would surely pique traders’ interests: even though the US Dollar is slowly surpassing the Euro after suffering from a period of decline, the latter remains “strong”. Specifically, the EUR/USD pair still hovers above the 1.30 level. It should be emphasized though, that maintaining such an impressive “price” would require immediate action from Eurozone’s leaders. After all, the entire European region is still in a crisis and even the least disappointing news might have the potential to “weaken” its currency considerably.

Even Great Britain’s currency is experiencing a “boost” as of late. Indeed, the latest forex news releases about the Pound would truly make currency traders enthusiastic. In particular, not only has the aforementioned currency benefited from the US Dollar’s improvement as of late, but it also managed to gain a slight edge against the Euro as the United Kingdom remains much more stable than the other Eurozone nations. One should still keep in mind however, that stability is not always synonymous with “strength”. Essentially, if the Bank of England fails to effectively stimulate the nation’s economy, the Pound’s value might soon exhibit a decline.

As made clear, the latest updates about the world of forex are rather encouraging. To reiterate, the Australian Dollar is slowly improving due to several factors that involve the Japanese Yen and the price of commodities worldwide. As also discussed, the Euro remains a “formidable” currency even though the European region is still suffering from an economic crisis. Of course, Great Britain’s currency is still among the “strongest” in the world, surpassing both the US Dollar and the Euro in sheer value. Nevertheless, it is undeniable that tomorrow’s forex news might be considerably different, given how dynamic the global economy is.