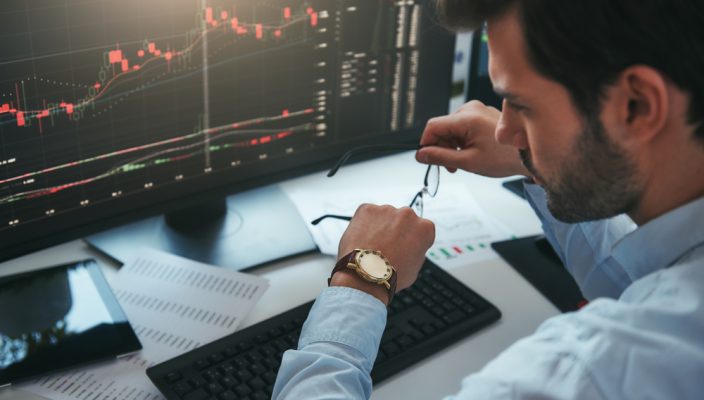 Don’t ignore the evidence, part-time forex traders are the most successful

Ambition should always be tempered with reality. When curious and pro-active investors first discover retail forex trading as an initial hobby, it’s inevitable they dream of reaching for the stars. That ambition and vision shouldn’t be discouraged as without it you’d have very little motivation to trade. You enter this industry to become financially independent, to build considerable wealth for yourself and to provide a more luxurious lifestyle for you and those closest to you. Sure, there are more ethereal, higher purpose and self-development reasons to become a highly competent and profitable trader, but mostly it’s all about profitability.

Unfortunately, the vast majority of retail traders are employed and you’ll be locked into a catch-22 situation; you can’t give up your day job to trade because you require the security and the money in order to indulge your interest and passion in financial markets. Therefore, despite your desperate desire to give up the day job it pays the bills and gives you the opportunity to trade.

You also need to discover a work-life balance while ensuring you’re still doing a good job for your employer, if not you might find yourself unemployed, particularly if colleagues and more senior management see you engaged in market-monitoring and trading throughout the day. Explaining to a fellow-worker that you’ve just banked a couple of hundred dollars after Jerome Powell’s testimony up on Capitol Hill caused the dollar to slump based on market expectations of an interest rate cut isn’t the greatest of looks, especially when others are dedicated to their day job in order to stay a dollar ahead of the game. You have to maintain professionalism and that professional approach should extend to how you approach FX trading.

At the outset it’s essential that you place realistic goals on your trading ambitions. It’s equally important that you avoid being influenced by the unrealistic claims you’ll read on various trading forums. Anything is possible, people win lotteries every week in various countries. But the chance of winning the lottery is no different to your chances of turning $5,000 into $5,000,000 through FX trading inside a few years.

Despite FX forums being active for close on two decades no-one has event provided irrefutable evidence of such an achievement. According to many broker statistics roughly 80% of traders lose and amongst the 20% who don’t fail it’s wrong to assume they actually succeed, in the wider context of the word’s definition. Only a very small percentage of traders will be taking profit out of the forex market which could be considered an income.

However, buried within the various broker statistics generated over the years is some interesting and highly encouraging data. For example, the traders who trade for the longest period of time are the most profitable. Now that might appear to be obvious but it’s worth analysing this fact in more depth. European authorities recently confirmed that the average lifespan of a trader is approximately three months. Newbie traders lose their cash inside three months and then give up trading. But imagine if through your: extremely tight money management, dedication, determination, practice and realistic ambitions you could stretch out your initial monetary commitment to three years, instead of the average three months.

The evidence suggests that those who do will stand far more chance of not only surviving, but also thriving. So rather than risk 2% account size per trade you should perhaps consider risking far less and limit your losses to a small percent of your account. If you limit your daily losses to 1% per day then theoretically you’d need one hundred days of your original account size losses in series, to be completely wiped out. The statistical probability of that eventuality is close to zero.

The broker statistics also point to the conclusion that mainly part-time traders thrive in the retail FX industry. They mainly swing-trade, or position-trade. Many use their broker accounts, particularly those accounts which have zero swaps and charges, to hedge currency positions. For example, they may be British and fearful of the Brexit impact of the U.K. pound so they’ll remain short GBP by using either a swing-trading or position-trading strategies.

So developing strategies and a mindset of patience in order to stay in the game as long as possible, appears to be the underlying message the broker statistics are delivering. The successful retail traders treat the industry as a marathon and not a sprint. They appear to realise that it’ll take time and dedication to achieve sustainable and repetitive profitability, once they’ve discovered an edge. They remain trading part-time until they’ve reached the financial independence they crave. Equally, those who achieve that independence on a part-time basis simply don’t give up working full time and trading part time after discovering the perfect work balance and their edge. As they saying goes; “ if it isn’t broken don’t fix it.”

« China’s GDP falls to a twenty-seven year record low, as USD continues to fall in correlation with rising USA equity markets U.S. equity markets struggle for a reason to break higher, USD makes gains but trades in narrow ranges versus its main peers »