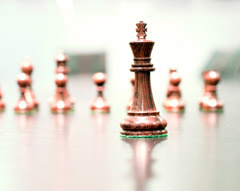 Scalping is the act of removing another person's scalp or a portion of their scalp, either from a dead body or from a living person. The initial purpose of scalping was to provide a trophy of battle, or portable proof of a combatant's prowess in war. Eventually, the act became motivated primarily for financial reasons; people received payment per scalp they acquired.

Scalping is often associated with frontier warfare in North America, and was practiced by Native Americans, colonists, and frontiersmen across centuries of violent conflict. Some Mexican (Sonora and Chihuahua) and American territories (Arizona) paid bounties for enemy Native American scalps. Contrary to popular belief, scalping was far from universal amongst Native Americans. Scalping was practiced by the ancient Scythians of Eurasia. Herodotus, the Greek historian, wrote of the Scythians in 440 BC;

"The Scythian soldier scrapes the scalp clean of flesh and softening it by rubbing between their hands, uses it thenceforth as a napkin. The Scyth is proud of these scalps and hangs them from his bridle rein; the greater the number of such napkins that a man can show, the more highly is he esteemed among them. Many make themselves cloaks by sewing a quantity of these scalps together." – credit Wikipedia.

If you're of a certain age you'll recall the cowboy western propaganda films of the 50's-60's in which the indigenous population of a nation were portrayed as violent non compliant insurgents armed with little except crude weapons to fight their colonial oppressors. Imperialists arrived using technology the indigenous population (Indies or Indians) had never seen before. The invading forces then claimed the Indians mineral rich land as their own by force whilst attempting ideological conversion on the Indies. It's a blessed relief that in circa 200 years of civilised growth we've moved further on as a global society to not engage in such practices. Oh..er, moving on..

Similar to the erroneous myth that scalping originated in North America and not ancient Eurasia, the term "scalping" is one of the most over used and misused terms heard in the retail forex industry. Ask different sets of traders what "scalping" is and they'll offer up a variety of theories. The origins of the term relate to the trader attempting to take a small pip profit including (or only aiming for) the 'spread'. As such you'd require the best technological set up and a lightening quick feed to the exchange and preferably not wireless. You'd also require level 2 access/see the DOM, the depth of the market. You'd be able to see the orders, the difference between the bid and ask, and bam! you're in, seconds later you're out, profit banked.

Due to the advent of online trading the term "scalping" has recently 'evolved' to encompass trading off low time frames, typically one to five minutes, or tick charts. This version of scalping results in traders taking any number of trades during their two predominant sessions, morning and afternoon, London and New York. Taking between ten to a hundred trades plus on a single currency pair, depending on how the 'surf is up' in the forex market that day, is not unusual depending on the preferred technique.

Scalpers often attempt to profit around economic announcements. One technique is to open a long and short trade circa fifteen minutes before a major economic announcement such as NFP publication. Typically the trader will place a 15 pip stop and a 25 pip take profit limit, In this way the trader is gambling on price moving through the 25 pip limit in either of the two directions to leave him ten pips up. In such fast moving markets this technique can be difficult. Unless the stop is "guaranteed" your stop may be breached at a price greater than your intended loss and working on small margins (such as a ten pip target) can be so marginal as to ruin your overall trading plan. Notwithstanding the issue of stops being hit past your placement, in fast moving markets the spreads may widen therefore you may be hit with a poor fill due to excess slippage. Combine this with your take profit limit not being hit on the button, or your stop not being executed and you can see how your 'scalp' trade can go wrong quite easily.

Can scalping work? The answer is a categorical "yes", the trading methods that we've come to commonly accept as scalping can and do work, but they have their limitations. How to make scalping work simply requires a slightly different approach and can suit different personality types.

The conception that adrenaline and action junkies thrive at scalping and methodical 'thinkers' thrive at swing trading is incorrect, a trade is a trade and effective traders should be able to adapt to any time frame for their trading. Our physical 'work' involves clicking a mouse. At times your account will get drained in direct proportion to your confidence and energy, but scalping is no more challenging or tiring than swing trading. A point worth noting is that scalp or day traders sleep well at night, as many committed swing and position traders will testify when you have trades open overnight your last and first waking thoughts are trades..a complete anathema to many.

Moving aside the subject of sleep deprivation there are other benefits to scalp trading. Firstly, the loss per trade should be significantly smaller. If swing trading the suggestion is to risk no more than 2% per trade, with scalping that can be taken down to 0.5% – 1% per trade. Secondly, it's far easier to set loss limits and profit targets for each trading day. For example, a series of four losers could suggest your trading is not compliant with today's trading conditions. Or you could choose to limit your loss to a certain percentage per day and invariably this would be less than swing trading where traders can often get caught in periods of consolidation and take 2-3 losing trades in twenty four hours. It's not uncommon for swing traders to have their trading mettle severely tested, perhaps waiting days for their latest trade to prove profitable after experiencing 2-3 losers. They may then cut the next wining trade short in fear that this latest trade may be a loser. Whereas the scalper simply pulls the trigger when certain conditions are met; bam! Trade filled and the platform and broker takes care of the profit or loss.

Probability is often mentioned where trading is concerned, if we accept that we have no control over what price does next, but can make a judgment as to whether we 'think' price is going up or down, then the logical argument for scalp trading is undeniable. However, it is a unique trading style which is loved and hated in equal measures. There's only one way traders will discover if they're suited to scalping and if successful they could spare the detail of "making themselves cloaks by sewing a quantity of these scalps together."

« Kick it into the long grass, kick it further, then bury it If the European Monetary Union collapses what happens next? »