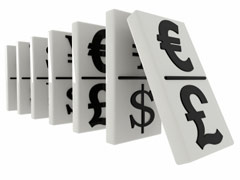 Contagion – Don't Talk to Anyone, Don't Touch Anything

The 2011 film Contagion has been a relative hit with USA movie-goers. On the independent film peer review site rottentomatoes.com it's rated highly. There was a French film in 2009 also called contagion and the suspicion is that in the very best 'Hollywood tradition' the film industrial complex of America has taken a great foreign language film and given it their sizzle by altering the storyline (ever so slightly) and packing the film with 'A' list stars. Ironically or coincidentally the word "contagion", which was last over used in 2009, is once again being spoken with increased volume and regularity.

Contagion follows the rapid progress of a lethal airborne virus that kills within days. As the fast-moving epidemic grows, the worldwide medical community races to find a cure and control the panic that spreads faster than the virus itself. At the same time, ordinary people struggle to survive in a society coming apart…

It wouldn't take too much skill to change this movie description to fit the current global financial malaise, we'd simply exchange the words "medical community" with "financial community" and the fit would be complete. As to whether Ben Bernanke would get a leading role ahead of Jude Law, or Christine Lagarde ahead of Marrion Cottilard is doubtful, what is probably certain is that the film has a hopeful ending, a scenario that can't be guaranteed in the reality that Bernanke and Lagarde are currently starring in.

Wikipedia has an entry for financial contagion that explains the phenomena within a couple of paragraphs;

Financial contagion refers to a scenario in which small shocks, which initially affect only a few financial institutions or a particular region of an economy, spread to the rest of financial sectors and other countries whose economies were previously healthy, in a manner similar to the transmission of a medical disease. Financial contagion happens at both the international level and the domestic level. At the domestic level, usually the failure of a domestic bank or financial intermediary triggers transmission when it defaults on interbank liabilities and sells assets in a fire sale, thereby undermining confidence in similar banks.

There are other descriptions of contagion which have pre-dated that of a financial 'virus'. They include: a disease that is or may be transmitted by direct or indirect contact; a contagious disease. The direct cause, such as a bacterium or virus, of a communicable disease. Psychology; spread of a behaviour pattern, attitude, or emotion from person to person or group to group through suggestion, propaganda, rumour, or imitation. A harmful, corrupting influence; fears that violence on television was a contagion affecting young viewers. The tendency to spread, as of a doctrine, influence, or emotional state.

The psychology of contagion is fascinating and far more relevant than the disease descriptions were the current malaise is concerned. There is undoubtedly an opportunistic political movement in play, emanating from the USA and the UK, its purpose is to point blame in the direction of Europe and specifically Greece for the current crises and predicament. As contagion theory once again sweeps through the eurozone, where Greece’s debt crisis is apparently infecting neighbouring countries and threatening to make its way across the Atlantic to U.S. shores, perhaps it's time to unravel the theory and put some perspective on the origins.

We're reminded on a daily basis of the contagion danger, but as most medical students would testify virulent diseases tend to 'take out' the weak, or those already plagued first. Healthy economies aren’t susceptible to Greece’s 'disease', the sick ones, already plagued with high debt levels and bloated state budgets, don’t need a carrier to become infected, they're already incubating the disease. Capital flight from these countries is not evidence of contagion, capital isn’t fleeing sovereign debt markets in, for example, Spain, France, Portugal, Ireland and Italy because Greece can’t pay its bills. Bond yields are rising because of an increased risk those countries may find themselves in the same boat as Greece: unable to meet their onerous debt obligations. In short they've caused their own problems.

The complexities of the interconnected financial world was best illustrated by the subprime mortgage defaults which infected banks in Europe and Asia, thanks to the miracle invention of securitization no banks were safe. European banks that hold Greek debt are vulnerable to losses and they're vulnerable to all the PIIGS debts and France's debts too. The French banks are incredibly exposed to a combined contagion even if contained to certain European countries. Contained to Europe alone the default of: Greece, Italy, Portugal, Spain, Ireland and indeed France would be eye watering, a minimum cost of circa €2 trillion has been 'kite flown' as a measure of the black hole which may need to be filled and there's the real fear, not Greece's debts singularly, but the domino viral affect. Greece, as a proportion of that void, would be less than 10%.

The U.S. is already infected with the debt virus. It’s still in its incubation period, it helped create the disease in a financial lab during the last decade. Similar to the film this 2011 real life version of the 2008-2009 original drama may be more dramatic and the hope for humanity may echo the optimism the film ends with. However, there are many amongst us that will still retain the opinion that had the problem been handled correctly in 2009 we wouldn't need to be subjected to this latest block-buster dramatic Hollywood re-make.

« Twist, Stick or Bust? The Recent History of Epic Bank Failure has been Forgotten »