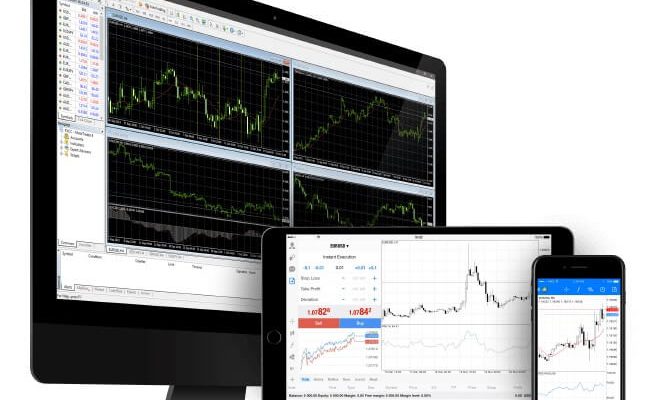 In 2005, the MetaQuotes released the MetaTrader 4 trading platform, and it became the most popular in its segment due to its functionality and ease of use.

In 2010, an improved MT5 platform appeared, but it could not overtake the previous version in popularity. Let’s analyze why MT5 couldn’t replace the MT4 platform despite many unique features.

The secret of Metatrader 4’s success is a combination of functionality, ease, usability, and customizable interface. The platform is intuitive – it is not overloaded with unnecessary information, panels, or buttons. Some functions are the same in the menu on the toolbar and in the drop-down menu that pops with the right mouse button.

What you need to know about MT4:

Another secret of the popularity of MetaTrader 4 is marketing and technical support from the MetaQuotes developer. The company is constantly improving the platform code.

The main advantages of MT4 in comparison with other platforms are discussed below:

MetaTrader 5 was released in early June 2010. The developers believed that MT5 will completely replace MT4, just as MT4 replaced all previous versions in its time. At some point, MetaQuotes even decided to abandon MT4 support and license sales in favor of promoting a new version of the terminal. But “something went wrong.” MT5 did not find the same support among traders as MT4, despite the innovations and improvements. Therefore, MetaQuotes decided to support both versions. Metatrader 4 is still the most famous Forex platform.

What is the difference between MT4 and MT5, and what to choose for a beginner and professional trader?

In MetaTrader 5, the developers have tried to improve the technical analysis functionality, the tester, and the principle of order execution. Something turned out to be more convenient.

Why is MT5 better than MT4?