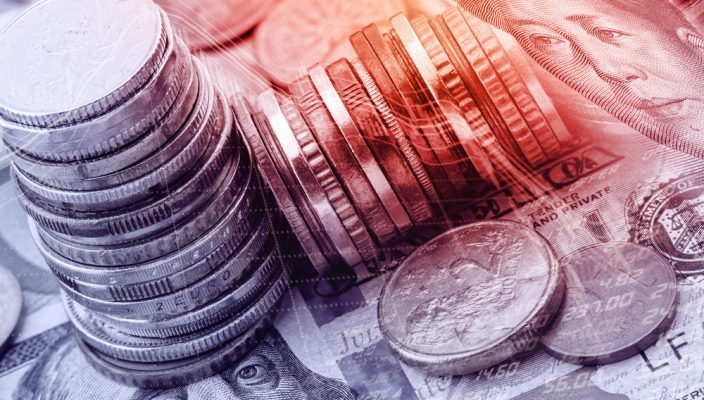 Chinese equity markets experience a significant sell off, after Trump makes threats regarding the lack of progress in the trade talks.

May 6 • Forex Trading Articles, Market Commentaries • 1082 Views • Comments Off on Chinese equity markets experience a significant sell off, after Trump makes threats regarding the lack of progress in the trade talks.

After months of trade talks and negotiations between China and the USA, which have been making little progress, the Trump administration appeared to take a gamble; by blinking first and threatening to increase tariffs, over and above the $200b of imports the tariffs already apply to. On Sunday, Trump took to social media to state the USA would apply fresh more tariffs on “hundreds of billions” of imports and raise tariffs from 10% to 25%. The renewed threats have resulted in confusion, surrounding the visit of Vice-Premier Liu He to Washington, a meeting scheduled for Thursday this week.

The impact on markets of the apparent breakdown in negotiations, as the Sydney-Asian sessions opened on Sunday evening, was both dramatic and immediate. As the go to safe haven currency asset, yen registered significant gains versus its peers, once the London-European trading session opened the momentum receded marginally; at 8:30am U.K. time USD/JPY traded down -0.30% at 110.7, after posting a daily low of 110.5 registered in the Sydney-Asian session, bearish price action which saw price breaching R2 and threatening to breach R3, shortly after markets opened on Sunday evening. GBP/JPY traded down -0.72%, whilst EUR/JPY traded down -0.40%. Both Australasian dollars, the Aussie and kiwi, also fell during the morning sessions, based on the countries strong ties and reliance on China’s economic fortunes; AUD/USD traded down -0.44% and NZD/USD down -0.32%.

Chinese equity indices sold off sharply during the Asian session, registering falls not witnessed since the depths of the tariffs and trade war crisis, which occurred during the final quarters of 2018. At the close of Asian trade, the leading CSI index closed down -5.84% and the Shanghai Composite down -5.58%. USD/CNY traded up 0.60%. The Shanghai index year to date gain, has fallen back to 16.6%, as the index now languishes circa 10% below the 2018 high. Equity indices falls were recorded in many Asian countries, the Hong Kong index closed down -2.96%, Japan’s Nikkei is still closed, due to the extended holiday period, marking the ascension of a new emperor.

The bearish market sentiment extended to European markets; by 9:00am U.K. time on Monday May 6th, Germany’s DAX traded down -1.52% and France’s CAC down -1.78%. The U.K. markets were closed for a Bank Holiday on Monday, however, the FTSE 100 future traded down circa -120 points. USA equity market futures were indicating a sharp sell off when New York opens; at 9:00am U.K. time the SPX future traded down -1.77% and the NASDAQ down -2.16%, after all major USA market indices posted record highs, during last week’s trading sessions. The risk off, bearish sentiment, also extended to commodities markets, as analysts and traders immediately concluded that increased tariffs would cause energy demand to slump.

At 9:15am U.K. time WTI oil traded down circa -2%, recovering marginally in the morning European session, after price had threatened to breach the $60.00 a barrel handle/round number, during the Asian trading session. A level and five week low, not witnessed since April 1st. The fall in the value of oil on world markets was possibly capped, as the Trump administration announced it was sending an aircraft carrier flotilla to the Mediterranean and possibly into the Persian Gulf, in order to counter apparent, but undeclared threats, by the Iranian govt. The end game could be a prevention of the blockage of the straits of Hormuz, a critical lane for oil transport, from the Middle East.

Sterling experienced a sharp sell off versus several peers during the morning sessions, GBP/USD traded down -0.38% at 1.312, EUR/GBP traded up 0.32%. The falls were more related to euro and greenback strength, as opposed to sterling weakness across the board. Although, with London markets closed, the lack of GBP trading could be affecting price. GBP could come under increasing speculation as the week progresses, as FX analysts and traders will be monitoring any movements, between both leading U.K. political parties, to find a consensus in Parliament regarding the Brexit impasse.