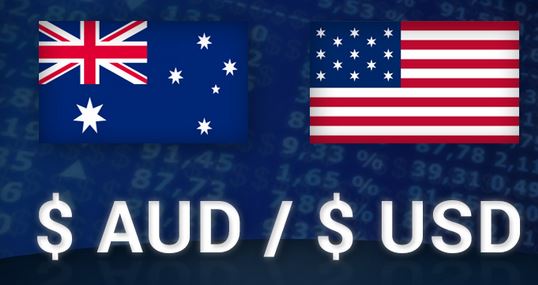 A slowdown in local economic activity and a missed Chinese PMI caused the Australian dollar to decline twice today. In the days following the hype, the currency was roughly at its starting point before rising above 67 cents.

In October, the Chinese PMI came in at 48.0 against an expected 49.0, while the non-manufacturing index came in at 46.7, below the forecast of 48. Combined, these results resulted in an index score of 47.1 as opposed to 49.0 previously.

China’s PMIs are derived from surveys conducted among 3,000 large manufacturers across the country. The world’s second-largest economy is considered to have a positive economic outlook if its diffusion index exceeds 50.

According to expectations, Australian private sector borrowing rose 0.6% m/m in October, an hour before the Chinese PMI was released. In line with expectations, this contributed to an annualized rate of 9.5% year over year.

According to the latest figures, building permits decreased by 6.0% in October, which is well below the expected -2.0% and -5.8% based on the previous month.

A monthly CPI has been published for the first time by the Australian Bureau of Statistics (ABS). The quarterly numbers will be followed by two such releases. These prints will comprise 62-73% of the total in the weighted quarterly basket.

CPI remains the official quarterly target range of 2-3% for the RBA.

A 6.9% CPI for the full year was reported at the end of October, well below the forecast of 7.6%.

In the midst of today’s data, Australian retail sales for October declined 0.2% m/m instead of growing 0.5% as expected.

It will be a puzzle for the RBA when it meets next Tuesday to discuss monetary policy. The Australian economy is generally weak, but the central bank won’t meet again until early February.

Despite today’s lower CPI, it remains high, and the quarterly CPI showed an acceleration in the third quarter.

As a result, Australian Commonwealth Government Bonds (ACGB) rose while yields fell across the curve. The 3-year bond is worth around 3.20% versus 3.30% at the end of last week.

The Australian dollar is finding support in hopes that the Chinese authorities may consider further stimulus measures to revive their economy.

Technically, the AUD/USD price remains sideways around the 0.6700 handle. The 4-hour chart reveals that the pair struggles to post any meaningful recovery. However, the pair is still above the 20-period and 50-period SMAs. It indicates a slightly positive momentum. Still, the price must clear the key hurdle of 0.6750 to gather buying traction.