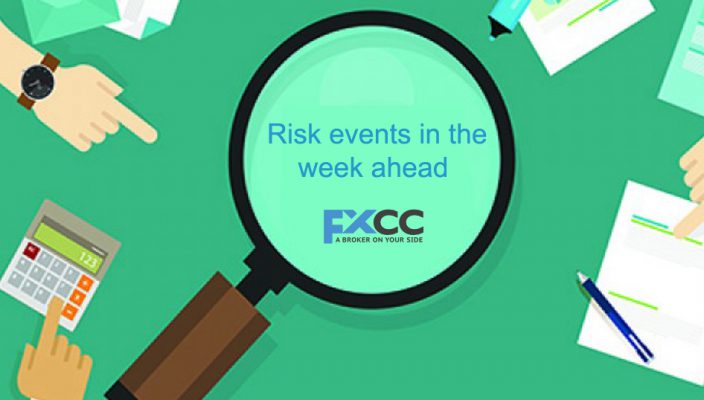 Risk events in the week ahead

The second wave of coronavirus in the US is rising apprehensions among investors. NFP report can either serene or jolt the markets.

Release of National Data may not push Aussie from Range:

Next week is filled with the data in Australia and investors are evaluating how much this virus is dangerous for the economy. The local Dollar will deviate a bit from the mean.

Private sector credit numbers for May will release on Tuesday, on Wednesday the AIG manufacturing index for May and June building approval will be released. Retail sales numbers will seek attention because it will reveal whether consumer spending increased or decreased on softening the lockdown in May.

Australian could get a boost from the retail sales but traders will also keep in mind about the Chinese PMI indicators. ANZ business outlook survey will release on Tuesday and through the survey, it will be estimated that what will be the next move of RBNZ.

Quarterly Tankan report by the Bank to Japan will be released on the next week. In June contraction in the sector deteriorated, showed by The Jibun/Markit manufacturing PMI. The final print of the Jibun/Markit manufacturing PMI and Tankan survey will release on Wednesday.Retail sales and preliminary industrial output numbers for May will be out on Monday and Tuesday respectively.

Risk Convention can be made or break by NFP:

The tension in the market has been proved optimistic for the U.S. Dollar.There are no schedules to shut down the economy again, many states are looking forward to relaxing the lockdown and authorities are making it mandatory to wear masks and giving other safety guidelines.

Elections are some months away and there are chances of Democratic win against President Trump. This could only be the downfall of the U.S. stocks since late March.

The Bureau of Labour Statistics forecasted 3 million jobs over May’s 2.5 million, and the unemployment rate will be at 12.2%. Other data will be significant for USD, next week Chicago PMI and consumer confidence index for June is on Tuesday, ISM manufacturing PMI is on Wednesday, and May factory orders are on Thursday. NFP report is on Thursday because of the 4thof July celebrations on Friday.

The Fed will be on headlines next week (Tuesday) because Chairman Jerome Powell confront questions in Congress about the response of Central Bank on the pandemic.

Euro and Pound will Silent for a Time:

There is not much for traders for a thrill on Euro and Pound calendar in the next week. In the Euro region, the Economic Sentiment Indicator is due on Monday, in June the ESI is projected to rise from 67.5 to 81.7.The estimation of inflation for the June month is due on Tuesday, the final manufacturing PMI is due on Friday.

Revised estimation of the first-quarter GDP will be on Tuesday after that June PMIs will be released.The number of the policymaker will be taken to the podium next week, it will have abigger impact on the Pound. Euro and Pound will continue floating in opposite direction and July will be the vital month for both currencies in the sense that the EU will decide about recovery fund for virus and Brexit talks will be strengthened.