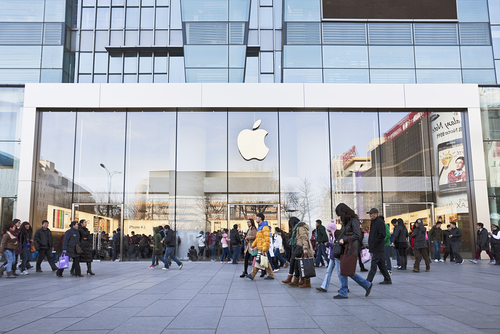 A report by Tiernan Ray published by Barron’s (July 24, 2012) on the conference call made by Apple’s Chief Financial Officer Peter Oppenheimer with market analysts following the release of Q3 and Q4 figures showing Apple’s dismal performance that fell short of market expectations was viewed by many market players as damage control to water down the possible negative effects the disappointing numbers may bring. The call did nothing match however to stem adverse market reactions as Apple shares fell by 5.3% to $31.64 by the end of the trading day after the call was made.

It is no secret that whatever happens to any company as big as Apple and having the same stature may affect not only the equities market, but may also create a ripple effect on other financial markets, forex included. It however depends on the magnitude and the extent of influence such development brings. As a matter of precaution, even bond and forex traders pay attention to such developments with guarded vigilance.

Apple’s Q3 and Q4 figures may have fallen below market expectations to the disappointment of stock traders but they hardly affected the foreign currency market. But while most forex traders will simply shrug off such developments that are seemingly trivial to them, there are certain aspects of the report that may be of significance to forex traders.

On a day to day basis, forex traders gobble up economic data, compare statistics, and dissect financial news such as this to get a clue on where the markets are headed. They leave no stones unturned to come up with a well calculated take of the markets. It is indeed a daunting task. Unfortunately, many of them sorely missed the significance of this particular news item about Apple’s Q3 and Q4 performance.

For example, the report stated that Apple sales in the U.S., Japan, and Greater China remained strong, while sales growth in Asia declined by 75%. The most revealing aspect of the report was Apple’s dismal performance in Europe particularly in Italy, France, and Greece although sales remained solid in U.K. it is quite apparent that these Apple sales figures mimic the prevailing underlying economic fundamentals of each of these countries. The Euro which has been hounded by the Greek Debt crisis has manifested a weakness against the USD. It is only the British Pound that kept its ground against the U.S. currency.

People may call it wishful thinking, but sales of Apple products in each country can be used to confirm what ever existing economic data is telling us about a particular country and albeit an indication of the strength of its currency. We are not, however, suggesting that we discard the habit of digesting all the economic numbers that comes our way day in and day out turning them inside out for clues. We are not even saying that such sales figures are a better gauge of the region’s economic stability. What we are saying is, it may help to look at the global sales performance of giant companies such as Apple and take a cue from there as to which currency is headed where.