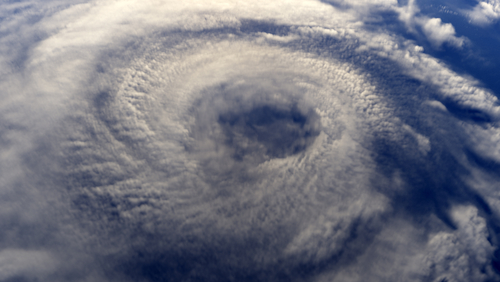 Tropical Storm Isaac passed over Cuba through Florida at the start of the week, mildly affecting forex news on some currencies.  Weather satellites show that the weather system continues to strengthen as it consolidates and threatens to turn into a hurricane within a day’s time or maybe even within just a few hours.  Hurricane and tornado warnings have been issued in the states and cities along Isaac’s east northeast path, covering cities in Florida, Georgia, Alabama, Mississippi, and Louisiana.  It can be recalled that these are nearly the same areas that were hit by the devastating Hurricane Katrina almost seven years ago.  As the Gulf of Mexico continues to be battered by Isaac, forex news reports bring information about its impact in various markets.

Affected by these turn of events regarding the familiar trail of Isaac, forex news on the Canadian Dollar looks optimistic as it ended the trading day on a high note.  This is attributed to the perceived effect of the weather disturbance to oil prices.  In similar events in the recent past, oil supply coming from the refineries in the Gulf of Mexico have been adversely affected and have consequently resulted in oil price hikes.

The hurricane and the fire that broke out in one of Valenzuela’s biggest oil refineries, together, paint a grim picture for the oil supply in the region.  These events positively impact Canada as the demand for their oil is expected to rise to compensate for the lack of supply from this area.  As immediate outlook on Canadian oil exports appear to be positive, so does the outlook for its currency prices especially against the US Dollar.  With the still brewing fury of Isaac, forex news indicates a good upward trend for the CAD.  Going long on the CAD as against the USD seems to be an excellent way to heed the reserve diversification perspective.

Veering away from Isaac, forex news indicate another factor to boost the CAD prices as announcements of yet another expansion of the Canadian gross domestic product are expected to be made at the end of the week.  This economic indicator has been tracing an upward trend for four quarters in a row already, boosting investor and consumer confidence further in the Canadian economy.   Meanwhile, the US Dollar continues to show a lackluster performance even with price fluctuations throughout the day ending in slight upticks, particularly, as against several of the more popular currency pairs.

As the southern states brace for Isaac, forex news about the USD seems to be on a wait-and-see mode as well pending the upcoming speech by Ben Bernanke in front of central bankers scheduled for the end of the week.  Still hanging is the final verdict on the next round of Quantitative Easing measures by the Feds to stimulate the US economy even more and encourage consumer spending.  Economists and market analysts have been waiting for this piece of news since the start of the month when the Feds’ August meeting was held.  The minutes of the said meeting was released last week but still with only hints of a possible round 3 of the QE measures.