What Happens When (If) Interest Rates 'Normalize'?

Jun 9 • Forex Trading Articles • 2244 Views • Comments Off on What Happens When (If) Interest Rates 'Normalize'? 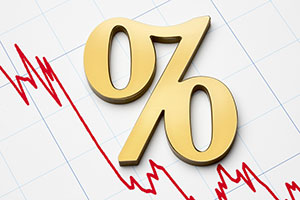 You have to question what represents "normal" in terms of central bank base interest rates in the current economic climate. Many of the globe's leading central banks and the rate setting policy units attached through their associated governments, have pursued aggressive zero interest rate policies (ZIRP) for so long, you begin to wonder if our current borrowing environment is in fact the new normal?

Our distant memories, of having to pay close on ten percent to borrow and receive an equal sum in return for investing and depositing, are such distant memories that many analysts predict that 'normal' interest rates could take a generation to return, if at all…

There's been many metaphors used to describe the current zero interest rate environment and how to escape from it. Perhaps the most apt is to regard us as the patient who is struggling against an unknown tropical, potentially terminal, disease. We're hooked up to a drip. The medics can't quite figure out how us, the patient, will react once the drip is taken away. The medics are in unexplored territory, they put on a brave face for the sake of the patient, but the reality is that they have no experience of this new tropical disease and how to combat it.

Jamie Dimon the infamous boss of JPMorgan Chase, has recently brought up the subject of interest rates 'normalising' and his belief is that that return to the 'old normal' is going to be an incredibly difficult journey. Mr. Dimon was addressing a group of Chinese businessmen this week when he covered the subject;

It's a different world when central banks are managing interest rates," Dimon said, referring to the Federal Reserve's orchestrated effort to keep long-term rates low. He reminded the audience that 10-year bond rates haven't been set by the Fed since World War II, and rates didn't normalize until around 1950. "Until it gets back to normal it's going to be scary and volatile."

If we go back to our patient analogy with the never before seen tropical disease, a disease that the medics have controlled so far due to the experimental use of new drugs, at what stage would you remove the meds and how?

Presumably you'd withdraw the medication very slowly if there's signs that the patients vital signs improve. If there's any sign that the patient's condition worsens the medication would once again be very quickly re-administered. In simple terms this indicates the massive challenge we (and that includes Mr. Dimon) face when attempting to gradually wean the patient off the drug of ZIRP.

If rates are increased by one percent and the immediate signs are that the economy goes into reverse, central banks will rapidly turn back on 'the meds' and think long and hard before trying the solution again. In practical terms, if central banks turn up the dial on interest rates too quickly, they'll harm any recovery and the longer the new norm exists the worse it will get as the patient can't survive, yet alone thrive, in an alien environment devoid of Q.E. and ZIRP.

Many economists and analysts warned of the dangers of aggressive stimulus polices and equally aggressive interest rate policies. The belief at the time was that once you venture on this road there is no escape, there is no cure. All the medics (economists and policy makers) can do is stabilize the patient with no real prognosis, or care plan in place beyond day to day survival. So whilst Jamie Dimon begins to visualise an environment, were perhaps five percent base rates are the norm, the reality is the patient will suffer an immediate relapse once this shock tactic is administered. Thereafter the banks will run scared and be very unwilling to attempt it again.