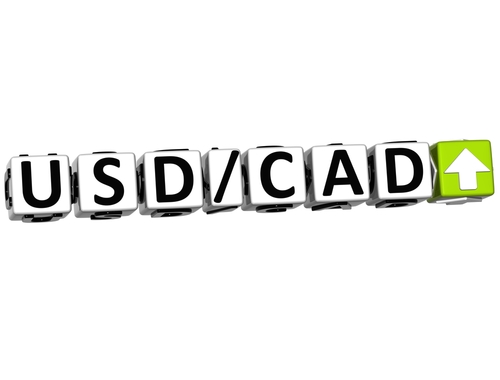 The US dollar weakened against the Canadian dollar during August 28 (Tuesday) trading, on the back of forex news that the European Central Bank would soon implement new measures to tackle the Eurozone debt crisis. The USD/CAD currency pair hit 0.9852 during early trading, its lowest point since August 21, before consolidating at 0.9855. Analysts said that the USD/CAD would likely reach support levels at 0.9841 and resistance levels at 0.9916.

The European Central Bank announced that it was discussing setting yield band targets under its new bond-buying program in order to discourage speculation as well as keep its strategy shielded. However, it said that the final decision would not be made until after the ECB’s policy meeting on September 6. Among the points under discussion are how wide the yield band would be, what factors would prompt the ECB to intervene in the markets by implementing the targets to reduce borrowing costs as well as whether the band would be triggered based on bond yields or bond spreads.

The Bank is considering keeping the intervention point secret in order to frustrate investors trying to make a speculative profit from the markets. However, analysts pointed out that not publicizing the targets may also cause problems, as markets try to find the intervention target by continuing to sell bonds until they see the Bank intervening.

Market sentiment had earlier improved after a forex news announcement that the ECB might reduce crippling Italian and Spanish borrowing costs by buying up government debt. Bank president Mario Draghi added that the Bank would buy bonds in shorter maturity terms at the secondary markets while bonds with longer maturity periods would be bought using European bailout funds. The Bank is set to discuss at the September 6 meeting whether it should implement interest rate thresholds on bond purchases, either on the bond yields or the premiums earned by those yields over German bunds.

Another factor helping to boost the Canadian dollar, or loonie as it is more commonly known, were stronger oil prices. Breaking forex news saw the prices of Light Sweet Crude futures set for October delivery increase to $96.38 per barrel, up by almost a dollar from the $95.47 closing price recorded at the close of trading Monday (August 27). The higher prices were recorded on the back of traders’ anticipation of the possible impact of Tropical Storm Isaac which is expected to hit the oil-rich Gulf Coast August 28. Isaac, which is expected to reach hurricane status during the early hours of Tuesday, was anticipated to bring wide-spread devastation on low-lying refineries in the Gulf, where some 40% of US oil refining capacity is found.

The Canadian dollar also saw appreciations against some of its major rival currencies, according to forex news updates on market trading. During Asian trading sessions, the loonie appreciated to 79.65 against the yen at 8 am ET, a six day high. Meanwhile, at 8:15 am ET, the CAD touched the 1.0247 level against the Australian dollar, the strongest level it reached since June 15, while it snapped back to1.2392 against the euro around 8:35 am ET from an early trading low of 1.2426.