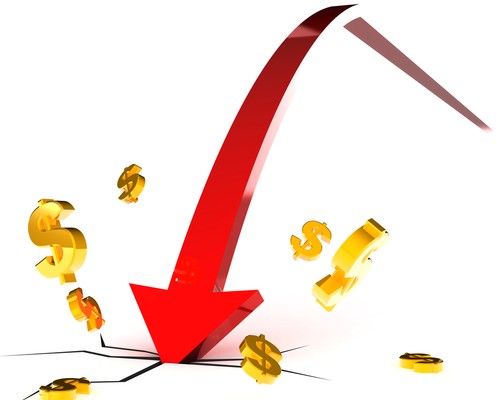 US Dollar Continues to Trade Lower on Bad Economic News

The US dollar traded lower against its major currency counterparts on the back of breaking forex news of a lower than anticipated consumer confidence index report. The USD/CAD fell to 0.9843 from 0.9880 and may reach the psychological level of 0.9800.

The August consumer confidence index dropped to 60.6, its lowest level since November 2011. The lower than expected index figures were attributed to consumer concerns over job and business prospects, although they were seen to be more optimistic over their financial prospects. The general market sentiment was that the index would rise to 66.0.

Meanwhile, market participants awaited the big forex news of the week, the scheduled speech by Fed Chair Ben Bernanke on August 31, Friday. Mr. Bernanke’s speech, which is set to be delivered at the Kansas City Federal Reserve Bank Economic Symposium in Jackson Hole, Wyoming, is expected to reveal that a third round of quantitative easing may be discussed during the September 12-13 meeting of the Federal Open Markets Committee. At the same event in 2010, Mr. Bernanke had hinted at the second round of quantitative easing.

However, economists warned that the Fed Chair may disappoint investors by laying out the broad economic themes to be followed by the Fed in the coming months, rather than discussing specific policy signals. In 2010, for instance, Mr. Bernanke’s statements were seen to be inconclusive rather than sending a specific policy message. In addition, the Fed is expected to wait until the release of August employment figures before formulating a new policy decision. It is anticipated that employment will increase by 150,000 when the Labor Department releases its figures September 7. However, if the unemployment rate rises, even by as little as 0.2 or 0.3 percentage points, the Fed may recommend some easing to stimulate job growth.

Still, market sentiment over the possibility of another round of bond-buying is causing markets to rally. An earlier forex news release of the minutes of the Federal Open Market Committee, which hinted at support for quantitative easing, had helped push up the stock market, with all three major equity indexes recording rises. The S&P 500 and the Nasdaq moved into positive territory, while the Dow was able to cut its losses. Meanwhile, the 10-year Treasury yield fell by 1.72% but still remained way above the lows recorded in late July.

Meanwhile, the EUR/USD is expected to hover at the 1.2560 to 1.2570 level following the release of the index, while the GBP/USD is expected to continue reaching new daily highs in trading and is currently at 1.5826. The Euro is expected to strengthen even further following forex news that European Central Bank President Mario Draghi would not be able to attend the Jackson Hole symposium due to his “heavy” workload. The ECB had been scheduled to talk on Saturday, September 1, one day after Mr. Bernanke’s talk. The cancellation was seen by market participants as a sign that the Bank was working on new policy measures to deal with the Eurozone debt crisis, which may be discussed during its September 6 policy meeting.