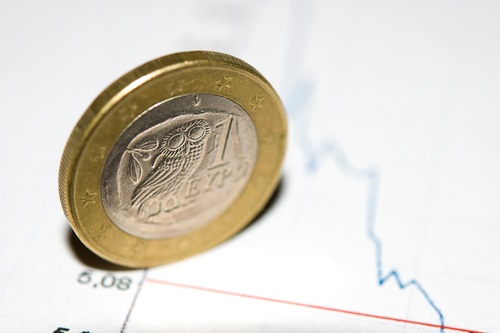 After weeks in the slump, the US dollar is starting to gain in the Foreign Exchange market. It’s still nowhere near the position most people want especially with the job crisis still at large. In fact, the Bank of America reports possible job cuts of 160,000 by the end of the year. Despite that though, the United States dollar is this week’s safe harbor for most Forex traders.

This can be attributed to the fact that every other currency is at a shaky position. With most national economies looking at China for a global economic help, the fact that nation isn’t responding with enough data is putting everyone at a worried state. Many are concerned that China wouldn’t be holding the reins as the global economy spirals downward and to top it off, the eurozone is still in a state of unrest.

It can be remember that the Euro actually managed to remain stable for the past few weeks as a bit of optimism was present regarding the economy of this 17-nation country. Right now however, disagreements are starting between head personalities in Germany and France. Specifically, the French President Francois Hollande and Chancellor Angela Markel are discussing what can be done to avoid a repeat of the problem and when to start the banking union between countries. Specifically, Chancellor Merkel is responding to President Hollande’s opinion that the bank union should be established as early as possible. Chancellor Merkel is of the opinion that establishment should be thorough even if the financial markets have their eyes set on Europe during that time. Even with efforts from all sides however, Europe is still at a critical risk of recession.

Political factors aren’t the only ones in play here. Recent statistics show that the IFO of German businesses have lowered further as investors start to bail out of shaky foundations of the economy. Even the promise of a plan by the European Central Bank failed to assure investors that are now pulling out of the situation.

There are also reports stating that the European Stability Mechanism will be upping to a €2 trillion leverage instead of the original €500 billion. According to reports, the increase was to support future bailouts that may be coming from Spain and Italy although the German Finance Industry has already refuted the rumor. Still. No specific number has been agreed upon for the European Stability Mechanism as reported by concerned parties.

The United States Dollar isn’t the only one benefitting from this turn of events however. The Japanese Yen is also gaining ground as other traders are looking towards this currency as another safe harbor aside from USD.

Another major player which has been showing promise for the past weeks is starting to decline against the US Dollar. The Aussie is starting to drop in value along with the value of gold against USD. Forex traders may avoid this currency further as reports show more weakening for the Aussie. Many expect that the upcoming Reserve Bank of Australia may cut interest rates in the policy, placing the Aussie in a shaky spot despite its past climb.