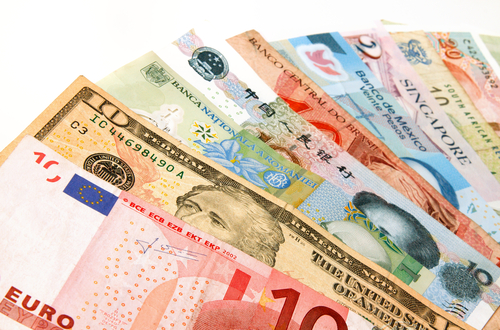 This article will discuss several aspects of Forex relevant to the current trading week. Due consideration will be given to the previous trading week. This includes but is not limited to news related to the US dollar, Euro, and the indicators that a trader need to look out for when trading with the same.

The good news is that the USD benefited from risk aversion last week and is likely to continue doing so this week! This is mainly due to underperforming economic figures that were way below the target from several core countries in Asia and Europe. This has led to investors viewing the USD as a safe haven. The result is that at the close of the September 21, 2012 trading day, the US Dollar gained a significant amount of percentage in points (pips). If there is any bad news for the USD, it is that some experts believe the gains are more of a result of the weakness of other currencies than the inherent return of strength by the dollar.

The September 24, 2012 trading day was low on significant indicators therefore there was low volatility. This resulted in the USD keeping a significant portion of its gains from the past trading week. For this week, traders will want to pay attention to the following indicators:

Last Week, the underperforming French economic figures brought the EURO down. This week, there is speculation that the Spanish government is seriously considering or is about to request bailout is still a trending topic. As such, it is expected that the EURO will trade bearish this week. Traders who are looking for a reversal must pay special attention to the following indicators:

Best case scenario is that Draghi is able to present an upbeat economic scenario. That coupled by a decrease on borrowing costs. And maybe, just maybe this week may turn out to be a good week for the EURO.

Last week, peculation and risk aversion has caused the price of gold to increase in price. So much so that it was about to approach a 2012 high. The bad news is that it was not able to keep the momentum going until the end of the Friday week. This week, traders will want to look out for USD and EURO related news. The best that Gold can hope for is that the USD weakens. Worst case scenario is that USD turns bullish, which will increase the demand for the same, resulting in volatility in other currencies and commodities.

Last week, crude oil did not see any significant gains. Well at least it did not take in losses, like most currencies and commodities. This week, the price of crude oil depends on how well US indicators will fare. Positive results or better yet a bullish USD can signal an increase in US crude oil demand, which in turn will increase the price of the same.