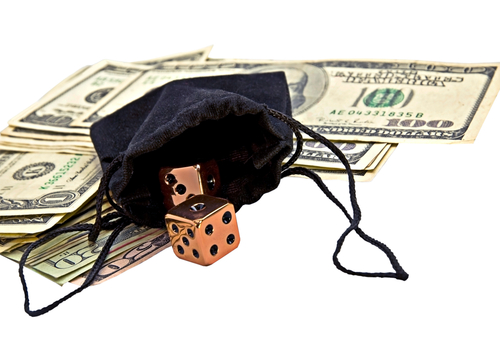 Despite the recent cyber threats to Bank of America and other US financial institutions, the dollar has been doing pretty well after last week’s sad decline. The main factor driving the United States dollar today stems from the uncertainty of the market, specifically what is happening to the Eurozone situation.

Last week, the struggling European countries managed to pull back on their Euro as promises to back up debts came to light. Right now however, more problems are arising for the Eurozone, causing the currency to pull back a little after the promising climb last week.

Specifically, the focus has gone from the European Stability Mechanism and more on the individual situation of the countries. Right now, Spain and Portugal may be in the midst of a political problem as citizens are on protest about austerity measures. This is directly related to the country’s need to ask for aid coming from the bailout fund and the reluctance of leaders to proceed with the request. The argument is that although the fund may be granted, it comes with several strings protested upon by a large group of citizens. On top of that, there’s still an issue with Portugal and the Greek sector is still in question. In fact, even a judge has jumped in the austerity protests with queries on the country’s ability to meet obligations being put in question.

Right now, the position of the Euro is unstable and authorities are still looking for something more solid to hold on to. Latest news about the economy surrounding the 17 nations is bad with the Construction Output showing that recession is a very real fear for the European countries. Even authorities such as President Jean-Claude Juncker of the Euro Group have stated that ECB’s efforts may not be enough to prevent the crisis. Outright Monetary Transactions are also being scrutinized with authorities stating that it may eventually lead to inflation.

With all those drawbacks for the Euro, it isn’t surprising that most Forex traders today are favoring the United States dollar. The future also seems to hold well for the US currency as economic statistics show improvement in certain areas. The U.S. Housing Starts managed to increase 2.3% while Existing Home sales went up by 2.0%. Currently, traders are also waiting for any news about the Feds and any changes to the monetary policy expansion.

Situations over the Canadian Dollar

The euro isn’t the only currency in which the United States dollar seems to be winning over. After more than 13 months of highs, the United States dollar is finally getting its own back while the Canadian dollar is looking for stable ground. The combined factors of ECB bond buying and United States quantitative easing are now gone, dissolving the leverage had by the Canadian dollar. Although the latter is not completely a bad case, most Forex traders are banking their business on the more current currency that is the American dollar.